Sam Smith is probably wishing that during his Oscars acceptance speech Sunday night, he had simply declared himself a proud openly gay man, dedicated his award to the LGBTI community and left it at that.

But his mistaken belief that he may have been the first openly gay man to win an Oscar has resulted in a lecture via Twitter from 2009 openly gay Oscar winner Dustin Lance Black about LGBTI history and to some embarrassment backstage.

Smith was told he wasn’t the first openly gay man to win an Oscar and he then said that perhaps he is second. Reporters told him he was not second either. 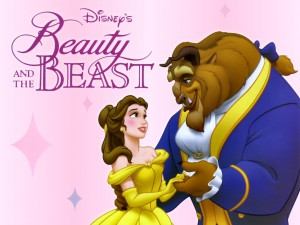 In addition, openly gay songwriter Howard Ashman won in 1990 and 1992 for Best Original Song – the second time posthumously for the Disney animated movie Beauty and the Beast which was dedicated to his memory and was a best picture nominee that year.

Unaware that Ashman had died from complications from AIDS in 1991 at the age of 40, Smith joked: ‘I should know him. We should date.’

Below is video of Ashman’s partner, Bill Lauch, accepting the Oscar for him and telling the audience that they ‘shared a home and a life together.’

Said Lauch: ‘It is bittersweet. This is the first Academy Award given to someone we’ve lost to AIDS. In working on Beauty and the Beast, Howard faced incredible personal challenges but always gave his best. And what made that possible was an atmosphere of understanding, love and support. That’s something anyone facing AIDS not only needs but deserves.’

Two years earlier, Ashman has thanked Lauch and others while accepting with Menken the Original Song Oscar for Under The Sea from The Little Mermaid.

In reaction to the criticism over his lack of knowledge of LGBTI history, Smith tweeted on Monday: ‘Second openly gay man to win an oscar or third or fourth or 100th, It wasn’t my point. My point was to shine some light on the LGBT community who i love so dearly.’