How old were you when you went to your first Pride? 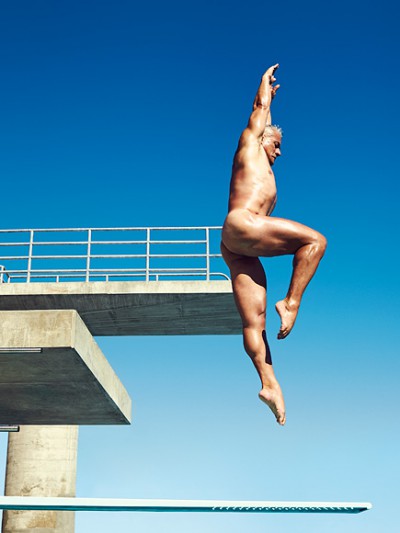 Olympic diving legend Greg Louganis has taken it all off – even the speedo – for the annual Body Issue of ESPN magazine.

The winner of four gold medals and one silver medal over three different Olympics shows that at 56, he’s still got it.

‘When I look around at my contemporaries, I’d say I’m probably in better shape than most of them,’ Louganis tells the magazine which hits stands on 8 July.

‘It’s all about making healthy choices.’

For the openly gay Louganis, being healthy has been a priority since he was diagnosed as being HIV-positive back in 1988.

This was shortly before he was due to compete in the 1988 Summer Olympics in South Korea.

Although depressed and certain he had not much longer to live, Louganis continued to train and ended up winning gold in both the platform and springboard events in which he competed.

‘HIV taught me that I’m a lot stronger than I ever believed I was,’ he says. ‘Also, not to take anything for granted. I didn’t think I would see 30, and here I am at 56.’

He adds: ‘I look at working out and doing something physically active every day as being as important as taking my meds.’