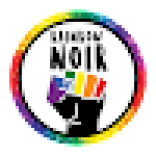 ‘Shock, despair, and helplessness’ in Singapore after HIV data breach

Following Manchester Pride’s announcement of adopting a rainbow flag with black and brown stripes, people of color in our communities have had to defend themselves against the fragile feelings of those who would rather get outraged over changing colors on a flag than the racism we face everyday.

We are worn out; physically sick and tired from having to defend our right to be seen, both individually and as queer, trans, and intersex people of color (QTIPOC) collectively.

The racism and silencing that has ensued since Pride’s announcement is a painfully clear example of why the stripes were included in the first place.

The black and brown stripes were added first in Philadelphia 2017, with the aim of raising awareness of the need to acknowledge and dismantle racism within LGBTQI communities.

Manchester Pride’s ethos seems to echo this — taking a step as the first mainstream Pride in the UK to adopt the flag as a visual and intentional commitment to affirm the need to challenge the inequalities and discrimination faced by people of color across our scenes, organisations, The Village, and in our communities.

Organizations in the UK have been using the flag in their work since its inception in Philadelphia, The Proud Trust  —  Manchester’s LGBTQI youth charity — being just one example in our city.

We welcome the discussion this has prompted in our communities. It’s one that we have been fighting for people to take seriously for decades.

‘Our should-be allies mock us’

However, much of the ensuing discussion feels less focused on what people, organisations, and groups can do to ensure that they embody the ethos of the flag. Such as, anti-racist and anti-discriminatory practice, commitment to reflecting on how they create and perpetuate exclusionary spaces and changing this.

Instead, our should-be allies are at best mocking, at worst attacking, this attempt at inclusion and denying that racist discrimination exists at all.

People are brazenly creating and defending overt racism. The most recent was a Bar Pop poster depicting the black and brown stripes, the same stripes representing our skin color, as unicorn vomit.

The reality is that people of color are continually:

What more will it take?

How much more blatant racism, personal testimonies, and pieces of research do we need before people stop actively dismissing us as ‘snowflakes’ or trivializing our experiences?

Gilbert Baker created the rainbow flag as a symbol to represent all LGBTQI people in our communities. We are not denying that.

But when people in those same communities wave this flag while they perpetuate or enable racism to exist and exclude people of color, the rainbow certainly does not represent a sense of unity and “community” for many of us.

This issue goes beyond protecting the aesthetic of a symbol. We know that the flag is not a magic wand to end the racism that pervades society. But, by actively dismissing the lived experiences of QTIPOC, our white siblings send a message to our straight BAME (black, Asian and minority ethnic) families worldwide that our queerness is a ‘white import’.

In fact the opposite is true; there is such rich history of queerness in our black and brown ancestry. The new flag is a reminder not to forget the plight of our black and brown queer and trans sibren (gender neutral word for nieces and nephews). They were integral to the Stonewall revolution that has granted us some of the basic freedoms we enjoy today.

Our struggles in Manchester are not to be trivialized, as they are built on a global narrative of exclusion.

In the past month alone, a Nigerian police official has told the nation’s queers to leave. Brazil’s only openly gay congressman has had to flee the country because of death threats. Indonesian military have been called to hunt down LGBTI people and subject them to conversion therapy and exorcisms. Japan has called to sterilize and enforce surgery on those wishing to affirm their true gender.

So we welcome Manchester Pride’s action as a step to refocus attention on creating communities in the city that are from their roots inclusive, and look forward to seeing the work to re-center and include people of color that will follow this initial step.

Imagine what kind of impact there might be if those white people who are avidly denying our experiences and arguing against the need for the flag, spent their time and energy on challenging the prejudice that created the need for a new flag in the first place?

Rainbow Noir is a social and peer support space and platform for lesbian, gay, bisexual, trans, queer and intersex people of colour in Manchester and the North West.