Global petition signed by more than 300,000 people delivered to IOC

The anti-gay group One Million Moms, which attempted an Archie Comics boycott last year because of the Keller character, was the inspiration for the issue.

Keller gives his boyfriend, Devon, a sweet kiss goodbye at Tate’s Diner. It is witnessed by a Riverdale mom who gets very offended and kind of pitches a bit of a fit. Kevin’s pal Veronica records the whole thing and uploads it to the Riverdale equivalent of YouTube and that starts a bit of a debate.

‘We kind of create our own little One Million Moms parody in this story,’artist-writer Dan Parent tells HuffPost Live.

Keller is the first openly gay character in the history of the comic book franchise which takes place in the fictional town of Riverdale and includes such characters as Reggie, Jughead, Betty and, of course, Archie.

One Million Moms inadvertently helped to sell out an issue of the comic book Life With Archie that featured an older version of Kevin getting married to Dr. Clay Walker.

‘Most of our Archie fans are on board with it,’ Parent says. ‘I think we lost 6-7 subscriptions and gained thousands more. It was a win-win for us.’ 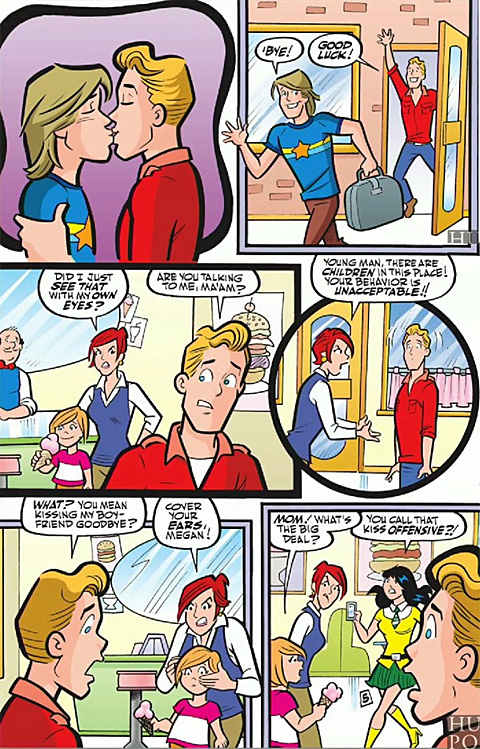 Here’s how Australian sport will do better by trans people