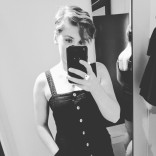 Do you ever get déjà vu? As a bi woman(ish person) who stays up to date with pop culture and the online queer community, I know I do.

How many times has this happened to you? A female celebrity, up until now assumed straight, releases a song or video in which they declare their attraction to women as well as men.

Suddenly, your timeline is alight with people calling them out for ‘queerbaiting’ and trying to make money off queer fans by pretending to be one of us.

We saw it with Demi Lovato’s Cool for the Summer (and when she was spotted holding hands with Lauren Abedini), Rita Ora’s track Girls, to some extent when Kehlani announced she was pregnant with the baby of a cis bi man, and now we’re doing it again with Ariana Grande’s latest single, Monopoly.

What do all these people have in common? They’re all women, traditionally feminine, and possibly multi-gender attracted.

The term ‘queerbaiting’ was coined in 2010 in online fandom circles. It denotes character of the same gender that are stuck in eternal ‘will they, won’t they’ storylines, teasing queer audiences that they’ll get their representation eventually, except it never comes.

Sherlock and Watson in the BBC’s adaptation are a classic example, as are Dean and Castiel from Supernatural. The writers of these shows seem to deliberately put the characters in ‘wink wink, nudge nudge’ situations that could be read as homoerotic, without ever explicitly being so.

It can also be used to describe characters like Dumbledore, who the writer assures us is definitely one of us, she just didn’t need to show us in the text. In this way, JK Rowling can claim to have had queer characters without the messy business of chunks of her books needing to be edited out when selling them in countries like China or Russia.

However, the concept of queerbaiting doesn’t map onto real life people who have agency. Even if their actions are dictated by PR teams, they still have more control over them than characters in a story. A singer saying they like men and women is not queerbaiting: it’s coming out.

Ariana Grande can express her sexuality without using labels

If in the future it’s revealed that Grande’s team made her express this when it’s not true, then it’s justified to call them out for lying to queer fans. But saying people like Ariana, Rita Ora, etc, are queerbaiting for expressing attraction to men and women only serves to further the harmful stereotype that multi-gender attracted people aren’t really queer.

This harmful notion stems from the heteronormative idea that all female sexuality is either for or about men. Women’s attraction to other women is seen as less valid or real than our attraction to men, and bi/pan women often feel pressured to prove that their attraction to women is real.

Not feeling welcome or accepted by the LGBT+ community is one of the factors that contributes to bi+ women facing high rates of mental illness, especially anxiety. Stonewall UK’s most recent report from 2018 shows that 72% of bi women experienced anxiety within the last 12 months, and a shocking 50% had considered life not worth living.

This was significantly higher than corresponding statistics for lesbians, bi men and gay men.

Ariana seems to have been pretty clear about liking men and women but not wanting to label her sexuality. While we may want her to, to validate our own labels, not labelling your sexuality is a perfectly valid way to be queer. After all, a person can never date or hook up with someone of the same gender and that still doesn’t negate their bi/pansexuality or queerness.

This is as true for celebrities as it is for everyday bi women who have boyfriends.

How this impacts young women

While it’s important to questions the factors that might be contributing to a celebrity not wanting to come out or to label their sexuality, we must remember that they’re not going to be the main people affected by our conversations.

Ariana is unlikely to see our tweets and posts saying she is queerbaiting for singing about liking boys and girls while never having publicly dated a girl, but young bi girls might see them and internalize the idea that they are queerbaiting, or using queerness, or even not queer enough because they’ve never dated a girl.

People being attracted to more than one gender and making art about it is not ‘bait’ for gay men and lesbians: it is an expression of queerness.

The articles and discussion that have followed Grande’s Monopoly have all managed to erase bisexuality, and presented representations or hints of it as teasing gay men/lesbians. Bi people deserve our own representation, even if it does not also fulfil the purpose of representing same-sex relations.

No, bi people are not ‘appropriating gay culture’

Ariana Grande ‘sincerely’ apologizes for making ‘not at all funny’ joke