When the summer camp comedy Wet Hot American Summer was released in theaters in 2001, it came and went without creating so much as a blip at the box office.

But in the years since, it has become a cult hit and much of that has to do with the fact that it starred many unknowns who have gone on to become big stars: Bradley Cooper, Paul Rudd, Amy Poehler and Elizabeth Banks, among others.

Netflix, which is behind such buzz-worthy shows as Orange is the New Black and House of Cards, has sealed a deal to make a sequel to the film in the form of a limited eight-episode series, reports Deadline Hollywood.

The film takes place during the last day at a fictional Jewish summer camp in 1981. It was written by David Wain and Michael Showalter and directed by Wain. The duo have created the limited-run series with Wain again directing.

In the film, Cooper had a memorable sex scene with Black that took place in a tool shed. Both men wore white tube socks throughout (see video below).

Cooper said of the scene in a 2011 interview: ‘I remember saying, "What if we wear tube socks, and I’ll go up on the wall, and you’ll come from behind me." And I said in the scene, "Say my name," and Michael says, "Ben!" And I say, "No! Say my Christian name," and he whispers, "Benjamin," and that’s when I came.’ 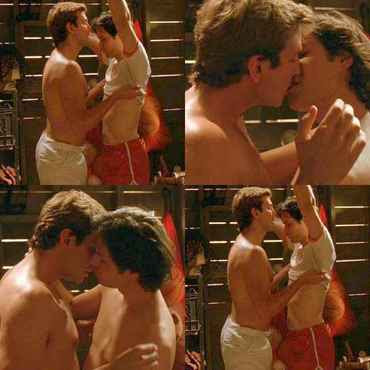 Did Stranger Things drop a huge hint at this major character’s sexuality?