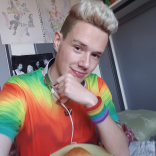 Texas, Alabama, Kentucky and South Dakota are the newest states that California has banned state funded trips to due to their anti-LGBTI laws.

These four states have now joined Kansas, Tennessee, North Carolina and Mississippi under the ban.

Californian state attorney Xander Bercerra said: ‘We will not spend taxpayers money in states that discriminate.’

Recently Mississippi passed a controversial bill, Bill 1523, which allows anyone to discriminate against LGBTI people based on ‘sincerely held religious beliefs.’

There are now eight states that are now under the travel restrictions as their businesses can now discriminate against the LGBTI community.

Bercerra also said: ‘Our country has made great strides in dismantling prejudicial laws that have deprived too many of our fellow Americans of their precious rights. Sadly, that is not the case in all parts of our nation, even in the 21st Century.’

North Carolina has come under fire for its ‘bathroom bill’ which forced people to use bathrooms that correspond to their gender at birth, even if they are transgender.

This month Texas passed a law that allows people with ‘sincerely held religious beliefs’ to deny adoption to same-sex families.

California now has the most state funded travel bans.