George Takei has message for ‘racist and hysterical’ mayor of Roanoke, Virginia 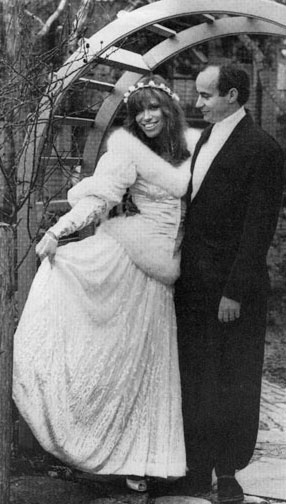 ‘He turned out to be gay,’ she writes in Boys In Trees. ‘We’re great friends but I wish I’d known that when we were married. His boyfriends would call up here crying.’

They married in 1987, four years after her painful divorce from singer James Taylor.

The New York Post reported earlier this year that Hart has been working on a memoir of his own called The Second Husband covering his childhood as the son of a Hell’s Kitchen mobster. He studied to become a priest, had friendships with Jackie Onassis and Mike Nichols, and married Simon who he had met on a train but did not know who she was.

‘At the age of 52, I discovered I was gay,’ Hart told The Post. ‘Carly was terrific in the midst of that. It’s been quite a life.’

Simon is sad that Taylor, the father of her two children, has not spoken to her for many years but she and Hart remain close.

She tells People Magazine: ‘When I have a bad day, I call him first.’