There was not a seat to be had last month at the Paley Center in Beverly Hills on a night dedicated to the HBO show Looking.

Most of the cast, including Jonathan Groff, were on hand for a panel discussion following the screening of an episode and the audience was wildly enthusiastic at every turn.

They get the characters of Patrick, Dom, Agustin, Kevin, Richie, Eddie and Doris who are navigating life and love in modern day San Francisco.

But whether the show’s loyal viewing audience is big enough for Looking to survive is the burning question as the show heads towards its season two finale on Sunday (22 March).

The show has never been a huge ratings hit compared to Girls which follows it on the Sunday schedule.

Gay Star News asked HBO’s President of Programming Michael Lombardo about the show’s fate last weekend at the Human Rights Campaign Dinner in Los Angeles where he was being honored.

On the show’s rabid fan base:

Groff: ‘This experience on Looking has been really amazing in particular. I’ve done things where people are like, "I love your show" or "I love that movie" or whatever. But when I meet a fan from Looking who comes up to you in the street, it’s very intense. Their opinions, their feelings, their passion for the show is really palpable and I love it. I love having moments with people on the street and talking about the stories. It’s nice to know that it’s resonating with people.’

Franzese: ‘I’ve always gotten a lot of love from Mean Girls and other projects but this has been overwhelming. Everyone really has been loving Eddie. I’ve been getting a lot of really great, energetic the HIV-positive community as well. I’m the only HIV-positive character on television currently.’

Castillo: ‘We have some really considerate, thoughtful fans – they respond to the show with passion and in a genuine way.’

Bartlett: ‘I feel that fan response has been really fantastic even more so this season – people have really responded to the show. As the show goes on, it gets more depth and more levels and the characters flesh out. I feel like our writers have done a really fantastic job of that this season. People are really responding to that and enjoying it.’ 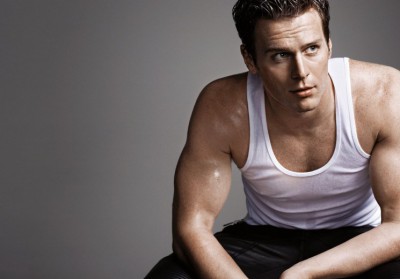 On playing their characters:

Groff (Patrick): ‘It’s a dream role, I have had the greatest time playing this character. I’ve never played a character that’s felt more personal before and I know all of us on the show feel a real personal attachment to it and a personal commitment to it. We’re trying to tell complicated, gay stories – not gay stereotypes. I know that we all feel really connected to that mission.’

Alvarez (Agustin): ‘I’m super thankful to the writers and the creator for making this incredibly complex and exciting character and being able to show up to the plate and try to hit a homerun every time.’

Bartlett (Dom): ‘It’s not smooth sailing for Dom. He’s trying to leave old versions of himself behind but that’s never easy. For me, it’s exciting to keep having obstacles for him to deal with and keep him searching for who he is and try to figure stuff out.’

Franzese (Eddie): ‘I’m a bigger hairy dude that’s seen as something other than comic relief. I’m able to be presented on a gay show as someone who’s pursued and desirable and I really love that. That’s what drew me to the character the most. I think it’s wonderful that somebody who is a larger HIV-positive dude can also find love which is not often seen in our narrative although it happens every day in our lives. I think it gives a little more hope to people when they are able to see themselves in different ways on television.’ 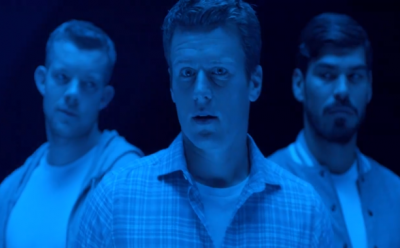 Groff (Patrick):’That’s such an interesting love triangle between Kevin and Richie. I think it’s a credit to those actors that they both carry so much sex appeal and so much charisma and a testament to the writing that they’ve kept these stories alive and kept them interesting and kept them really surprising. I think it’s rare. Everyone has a different opinion. I’ve had texts from people saying, "Richie!" and some people saying, "Kevin!" It’s amazing that people get so invested and that it’s so split.’

Castillo (Richie): ‘The writers have done such a great job of exploring these sides of Patrick through Richie and Kevin. I think it’s very universal what those two characters bring out in people. I think people can identify with these characters. I think when they met on that train, that they identify something very special in each other. I don’t think that they knew it right away but I think it was revealed to them over the course of the first season. ‘

On working with each other:

Castillo on Groff: ‘You never know how these things are going to go. We didn’t know each other before the pilot. I feel so lucky to have just an incredible and giving and respectful and respecting scene partner. We have a lot of fun working together.’

Murray on Lauren Weedman (Doris): ‘The more I can work with Lauren, the better. The writing is really great and Lauren is just a force of nature. We fortunately really hit it off and have a fantastic time together. It is one of those magic things I guess where everything comes together and it works.’ 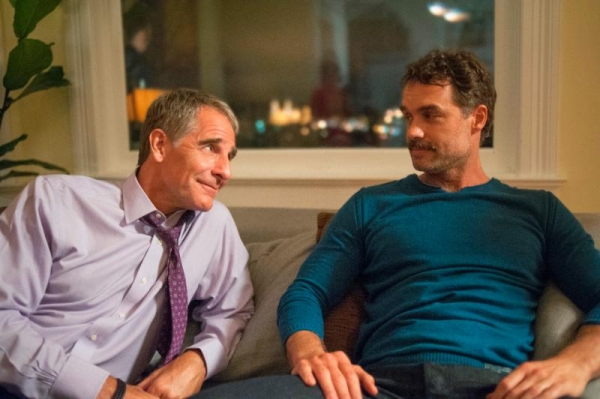 Bartlett: ‘It was all kind of intense the first day we had him on set because we’re all big fans. It was a huge thrill. And he’s so down to Earth and genuine. This season, he’s doing NCIS (New Orleans) now so he would fly in – take the red eye – on a Friday night then do a full day. We adjusted our schedule so we could work with him on a Saturday. Then he’d fly back and do a full week of work (on NCIS) and then come back. He’s a super human, lovely man.’ 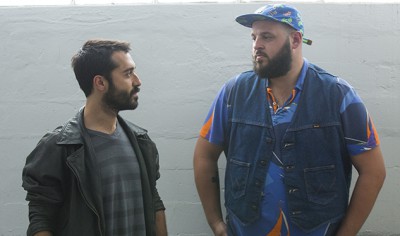 On being out in real-life too:

Franzese: ‘(coming out) was so liberating. I feel like I took off a backpack full of bricks. What better life-affirming thing than to go onto a show where it is not only okay to be gay, but cool to be gay. I didn’t have to hide anything about me working on this role. In my entire career, this is the first time I felt totally comfortable – I let myself go on this set and I think it’s about time. I’ve been in this business 15 years and it was about time I was just able to go into something 100%.’

Bartlett: It was never something that I hid before. This show is based around gay characters there’s a lot more conversation about that so I get asked it more often I guess. It hasn’t really changed things except I get asked more of these questions.’

On the show’s uncertain future:

Alvarez: ‘If it were based on quality then we definitely deserve a pick up but it’s out of our control. I’m super proud of the second season and hopefully the powers the be will give us another chance to continue developing stories and living with these beautiful characters we all adore.’

Castillo: ‘I really hope that we get a season three. I think it would be a great gift to continue to explore these characters – I think we’ve just kind of scratched the surface.’

Bartlett: ‘I don’t think it’s the end. I don’t know what the future holds. I think there’s definitely more.’

Below is a preview of the season 2 finale.