Tonight is New Year’s Eve and all kinds of memories will be made – good, bad and ugly – as we ring in 2016.

Resolutions will also be made and probably quickly be broken.

Gay Star News reached out to some celebrities to ask about their best and worst New Year’s Eve memories and wanted to know if they had any New Year’s resolutions.

We immediately heard back from Margaret Cho who remembers committing a major faux pas in front of a huge crowd.

‘My worst memory is doing the New Year’s Eve countdown at the wrong time because my watch was fast. It was too early,’ recalls the new Fashion Police co-host. 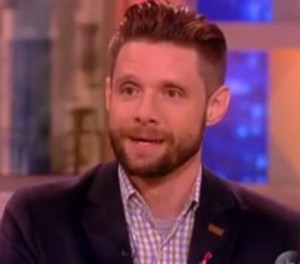 Did the crowd have a sense of humor about Cho jumping the gun a little early?

‘People were furious,’ she says.

Who’s the Boss alum Danny Pintauro, who emerged this year as an HIV activist, shared a favorite New Year’s Eve memory from when he was ushering in 1999.

‘I had just moved to Manhattan from college and had gotten a place in a crappy neighborhood, but it had a view of the ball dropping (in Times Square) – if you leaned far out the window,’ he remembers.

So he did what he had to do.

‘I bought a bunch of mirrors and my friends and I drank champagne, held the mirrors out the window and watched the ball come down!’ 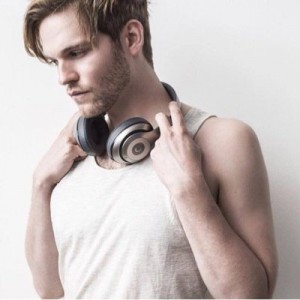 Van Hansis, the former As the World Turns actor who starred in the second season of EastSiders this year, also had a college era favorite New Year’s Eve memory that was far from the hoopla of Times Square.

‘All through college I’d be home in my small town in western Massachusetts for the holidays,’ he says. ‘One beautiful clear night I was outside right as the year turned. I looked up and since we’re basically out in the country, there’s no ambient light. The stars were shining so bright. It was gorgeous.’

As for resolutions, Hansis plans to listen to more music in 2016.

‘I used to always, always always be listening to music – on the subway, in my apartment, the gym. I slowly stopped for some reason, recently I started again. It makes me so happy. I want to go further with that.’

Pintauro’s resolution is related to the big life change he made in 2015 when he revealed in an interview with Oprah Winfrey that he has been HIV positive since 2003 and is a former crystal meth user.

He has since dedicated his life to activism and speaks candidly about PrEP, about having an undetectable viral load and about the perils of mixing drug use with sex. 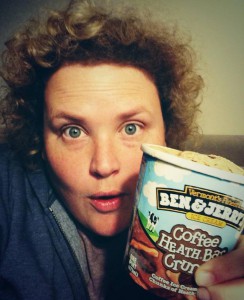 On a lighter note, popular comic Fortune Feimster of Chelsea Lately fame confesses to GSN that her New Year’s resolution is the same every year.

‘ I always say that starting in January I’m going to finally pull it together and stop eating sugar and start working out,’ she says.

Here’s what really happens: ‘I basically eat whatever the heck I want on New Years Eve. January 1st I lay on the couch all day and I’m like, “Ok! I’ll start tomorrow.” On January 2nd I go to the gym to get a new membership and that’s when they inform me that I’ve been a member for the last three years and I’ve only been four times.

‘ I go home without even working out and then a friend calls and asks if I want to meet for drinks so I decide to change my resolution to drinking more with friends.’