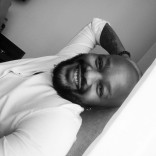 Blackmailers and the police are conspiring to target gay and bi men in Nairobi using Grindr and other dating apps.

In fact, these popular apps now represent the riskiest way you can meet someone. And it’s time we woke up to this very real danger.

We are hearing cases of victims who have suffered kidnap, beatings and extortion. And, in some cases, they have been through sexual assault and rape.

The birth of safe dating?

Initially, many people heralded gay dating apps – such as Grindr, Hornet and Manjam – as a success story. Now, they argued, gay and bi men could seek partners and relationships from the comfort of their phones. Then they could meet and have sex, avoiding dangerous cruising.

Gone are the days when gay men would scout bars or street corners or bushes to engage in romance and sex.

It was a welcome change – so welcome, that Tinder, Badoo and others were developed to cater for straight people.

Blackmailers beat victims and forced them to pose for naked photos

It was in early 2006 when victims reported the first cases of blackmail in Nairobi.

Typically, victims would meet someone on one of the apps, then agree to meet at their home. While having sex, the blackmailers would storm in, overpower them, assault the victim and demand money.

The victims would end up sending money or sharing their bank details. The blackmailer could then withdraw cash themselves online or use the M-Pesa mobile money transfer system popular in Kenya and Tanzania.

If they had insufficient funds, the captor would force them to go through their phone address book to get friends to provide the cash.

In two cases I am aware of, the victim and his captors went to the bank together and made an over-the-counter withdrawal.

This situation reached its crescendo between 2011 and 2015 when more and more victims came out to share their stories. Most had initially hidden out of fear or shame.

These stories were harrowing. They told of beatings, their captors forcing them to get naked and photographing them. Blackmailers put used condoms on them as they took the photos. And in some cases, they described how one or several of their captors raped them.

How to report a crime when you are committing a crime?

As activists, we were concerned. But we were in a box. Homosexuality is illegal in Kenya. How do you report a crime – blackmail and rape – when you were already committing another ‘crime’?

How could these victims got to the police station to say they have been assaulted and raped in another man’s house when they met online ostensibly for sex?

At the same time, victims were afraid of making police statements. Most were not openly gay and did not want the cases to go to trial for fear that would out them. We were in a fix.

How we exposed corruption and got Grindr to respond

Of course, we responded creatively. We generated information, mapped out areas, and showed the various ways in which to spot or confirm who you met on the other end of the app.

This worked, but not well enough. More gay men started to become cautious over who they met. Others demanded more information from people they met online. Some preferred to meet dates in public spaces. Overall, good, but not enough.

The cases went down significantly. I know this because I single-handedly led efforts to unmask and expose a particularly troubling scam. We revealed how corrupt police officers were working with the blackmailers to intimidate victims who refused to pay up.

So extraordinary were these efforts, that Grindr nowadays has an occasional pop-up window on how to be safe when using the app. This was something they piloted only in Kenya.

Nairobi is still not safe for gay men

But still, one or two cases reached my desk. And it’s the same modus operandi. It starts with an online hook-up, meeting in strangers’ houses, and then other people entering to find you in the middle of sex.

The information is out there now. But the victims keep falling into the same trap. The simple reason why is they still need the same thing – sexual intimacy and physical expression with another individual. As they say, the thirst is real.

It can happen to anyone. Priests, lawyers, doctors, husbands, students, touts, tourists, and in one case, a prominent politician have all fallen victim.

And, of course, the problem is compounded by the fact that same sex relations are punishable by law.

Sometimes the blackmailers are driven by poverty, although some are just criminals out to make a quick buck.

But in the final analysis, the criminalisation of homosexuality and the emergence of hook-up apps have made it very easy for swindlers to exploit gay and bi men.

Gay men in Kenya live in a criminalized society. And these apps which should allow them to pursue a little happiness have become the very thing that puts them a further risk.

Denis Nzioka is a gay rights activist based in Nairobi, Kenya. Engage with him via @DenisNzioka.

Trans woman protests by walking down the street naked in Zambia