Thousands of youth have been abused and hundreds have died while in residential programs that claim to help ‘troubled’ youth, including those who are lesbian, gay, bisexual or transgender.

The Los Angeles LGBT Center announced at a news conference Friday that it has joined forces with Survivors of Institutional Abuse (SIA) to launch a national campaign to regulate these programs on a federal level.

David Garcia, the center’s director of public policy, points out that neighborhood nail salons are more regulated than the industry of residential schools, camps and wilderness programs that are entrusted with the lives of these LGBT kids and other youth.

David Wernsman (pictured above), a young gay survivor of a program for so-called ‘troubled teens,’ had his story of abuse told in the 2014 documentary Kidnapped for Christ and was present at the news conference where he shared some of the harrowing details of his ordeal.

‘When I was 17, two large men woke me up before dawn, tied a belt around my waist and forced me out of my home,’ Wernsman recalled.

‘I was taken to a dumping ground – guarded by men with guns – for kids whose families didn’t know how to solve their child’s issue. In my case, it was the fact that I’m gay. The program was an endless nightmare of torture including public beatings and humiliation, hard labor, and sometimes solitary confinement in a windowless cell where we relieved ourselves in a bucket. They blanketed their abusive practices under the guise of Christianity.’ 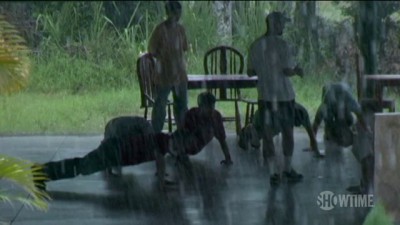 Garcia and Wernsman were joined at the news conference by SIA Executive Director Jodi Hobbs and California State Senator Ricardo Lara who announced the introduction of his Protecting Youth from Institutional Abuse Act (SB 524).

The bill is co-sponsored by the LA LGBT Center and SIA to regulate the troubled teen industry and calls for no exemption for religious-based groups.

‘Tragically many young people have experienced horrendous abuse, neglect, and even death at some unregulated youth facilities,’ said Lara.

He explained that the bill would define private alternative youth treatment and education institutions and require them to obtain a license from the Department of Social Services and ensure youth’s rights are protected.

SIA reports the deaths of more than 300 people who are linked to these programs.

Since it is common for these programs to re-open in another state under a different name after they are forced to close, federal legislation is considered essential.

US Congressman Adam Schiff, a staunch LGBT ally, is working to introduce legislation that will hold all residential treatment programs accountable for instances of child abuse.

‘The measure will also increase the transparency of these programs so that parents can make informed and safer choices for their children,’ he stated. ‘Families that turn to these treatment programs for help, often as a last resort, must know that their children are safe and in the care of professionals.

‘We cannot ignore reports that far too many young people have died and suffered abuse at the hands of those who run and work at residential treatment programs under the guise of providing critical therapy and rehabilitation services.

The LA LGBT Center has launched the website www.PYIA.org to share information about its “Protect Youth from Institutional Abuse” campaign with an online petition to members of the US Congress and the California legislature.