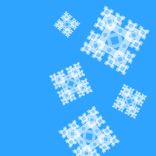 It’s a fact that those in the gay community have a higher proportion of mental health issues than their heterosexual counterparts. More LGBTI people also attempt suicide.

We have a higher tendency to have issues around depression, anxiety, self-harm, eating disorders and low self-esteem.

When I read the statistics that spell this out, I was shocked. Then I remember I’ve had struggles with mental health in the past, and how every gay person in my friends group has been upfront about their own problems: how growing up gay has affected their mental well-being in one way or another.

I was never one of the kids bullied for being gay. In fact, I think I had more people call me derogatory terms when they thought I was straight than when I actually came out.

But I still remember feeling very isolated, especially when, aged 14, one of my best friends ‘outed’ me after a childish argument.

I always felt like I didn’t really fit in with the boys and didn’t fit in with the girls. And there were no other gay people who came out in my school until a few years later.

It’s that isolation that can wreak havoc on someone’s mental health. It feeds into the idea that you are not like the other people and therefore you are less than.

I’ve had episodes of feeling like I wasn’t good enough – putting it down to being too fat, ugly or some other thing that I felt was unique to me. Everyone else I knew just seemed to be different.

‘Burying issues can give rise to more issues’

I’ve known friends and partners who did the opposite of me and kept their anxieties a secret until they were long out of school. I always wondered if that would have been the solution to my issues and hang-ups over body image. But burying issues can give rise to more issues.

I’ve suffered with anxiety and self-destructive behavior for a long time. These were mostly suppressed and ignored until a few years ago. I can remember having some kind of anxiety breakdown in my last year of university. I focused on buying as much as possible; thinking the next thing I purchased would make me happy.

‘Yes, I am unhappy now but when I get that new iMac I will be a happy person,’ was my attitude for a couple of years.

‘Used food to comfort myself when I was angry or upset’

I was so anxious about what came after university that I just had to get away. I moved to London in the hopes that it would work out. But it was just another way of suppressing my feelings and placing my focus elsewhere.

It was around this time that I started to have issues with an eating disorder. I hated the way I looked but I used food to comfort myself when I was angry or upset. It was a vicious circle – I was mostly upset at being overweight. I was also away from home and was able to do whatever I wanted without anyone ever feeling the need to step in and help.

This all came to a head after a bad relationship that brought anxious feelings to the forefront. I remember very vividly not wanting to go home from work one day and just be by myself so I went to see a show in the theatre, but again that was just stalling things.

As soon as I came out I felt a rush of anxiety and panic that I have never felt before. I started to freak out and ended up phoning The Samaritans helpline because I didn’t want to bother anyone with what I was going through.

I spent an hour on the phone to a stranger who talked me back down to earth and made me realize just how much I was neglecting my mental health.

That call made me realize that this wasn’t ‘nothing’: I was going through a lot of issues that had never been truly dealt with. The very next day I booked my appointment with a therapist, who I saw for the better part of a year.

I had put many aspects of my health on the back burner for so long that therapy was honestly one of the best decisions I ever made. I was able to gain clarity over why I did specific things. It continues to help me deal and manage with things today.

The most shocking thing for me was the extent being gay – and my fear of how others might react to that – had an effect on who I am and the troubles I had.

Even issues around my body stemmed from blocking off my sexuality when I was younger and comparing myself to models. It tore into my self-esteem. I was also still angry over the way people reacted to me being gay. I was stunned over how much my sexuality had affected my mental health.

Ever since seeing a therapist I’ve advocated that everyone should go see one at least once in their life. Yes, there’s hard work involved but the way it educates you on the way your mind works is incredible.

I’d stress this even more for anyone who’s LGBTI and has any mental health issues. Even if you were lucky enough to have enjoyed an ideal childhood, prejudice and bias can have a lasting impact.

I may be far from perfect, but I can honestly say I am better person for finally dealing with those issues.

This is why we need a Bisexual Health Summit, say bi+ activists