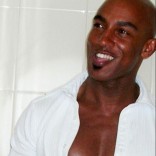 I have waited 25 years to tell my story of George Michael’s secret generosity – and how he helped fight HIV.

It was 1991, the height of the AIDS crisis in the UK. For many of us, it was a time of precious last goodbyes as we saw our friends die.

Wider society – influenced by a vicious media – deemed us deserving of our suffering. We were abandoned and alone in the fight of our lives.

The national press splashed our deaths across their pages as grotesque entertainment for the ignorant and heartless. They ridiculed us in our plight but would never, themselves, be capable of the extraordinary courage that it took to be a person living and dying with AIDS.

The stigma of HIV and AIDS

The fear and prejudice of HIV tarnished the identity, dignity, and self-esteem of its victims, causing fear, shame and guilt. The stigma also prevented people from disclosing their status and accessing the social and emotional support that they need.

HRH Princess Diana was doing a fantastic job for our cause. She met people with HIV and AIDS and made a point of shaking their hands without wearing gloves. She was a true gift to the anti-stigma effort.

However, it wasn’t enough. The stigma loomed oppressively large and seemed more enduring than the virus itself.

In my limited role as head of HIV services in a London borough, I was determined to do something about it. So I came up with the idea of a national vigil that would show the human face of the virus.

It was called Reach Out and Touch – a UK HIV/AIDS Vigil and procession with flowers. I needed £20,000 ($ €) to make it happen. I asked many celebrities to help me out and they were all very supportive, but only one came up with the cash.

He gave me every penny that I needed, and more. However he asked me to keep his name secret. As a result most of the press at the time speculated that Whitney Houston, my surprise guest on the day, had funded the event.

No, no, no! It was entirely funded by George Michael – but I couldn’t correct it.

And so on Sunday 15 September 1991, the 6,000-person strong Reach Out and Touch Vigil assembled in London’s Hyde Park and processed to Trafalgar Square.

We inserted the flowers we were carrying into nets and hoisted them up to create a giant floral wall. We laid the remaining blooms out like a giant carpet. And, of course, there were speeches as well as a gospel choir.

George was very pleased with how it turned out and even sent me an autographed copy of his then CD, Listen Without Prejudice, signed with a kiss. I treasure it to this day. I only recently sent him a gift in return – a copy of my book which has tons of photos and full details of the event he made happen.

Over the years George Michael has given me an additional £25,000 to support other HIV-related projects. He told me he supported lots of different projects, HIV and otherwise. But it is clear HIV was particularly important to him.

George’s death this Christmas weekend is an enormous loss to us all. He has turned a different corner now, but death is incapable of destroying the love that we feel for him. He will remain a personal hero of mine forever. Thank you, George.

Vernal Scott is author of Against All Gods: A London Memoir (available at Amazon in Kindle and paperback). Today he works at HIV and sexual health charity Terrence Higgins Trust.