Chris Colfer has revealed that the title of his second The Land of Stories novel will be The Enchantress Returns.

The openly gay star, who plays the gay character of Kurt Hummel on Glee, is writing a follow-up to his best seller The Land of Stories: The Wishing Spell. It will be released 6 August, according to Entertainment Weekly.

The Enchantress in the title is an evil character who cursed Sleeping Beauty.

The characters of Alex and Conner Bailey from the first Land of Stories are back in the new novel and find out The Enchantress has kidnapped their mother. The only way to save their mother and the fairy tale world is for them to return to The Land of Stories.

The first novel in the series made it to the top of The New York Times best seller list.

The Emmy nominated and Golden Globe Award winning Colfer continues to be one of the main focuses on Glee. His character, now graduated from high school, is pursuing a performing career in New York.

But he has numerous outside projects going on.

Colfer also wrote and starred in the feature film Struck By Lightning and landed a deal with Disney Channel for a pilot based on the book The Little Leftover Witch.

Below is the cover of the new book designed by Brandon Dorman: 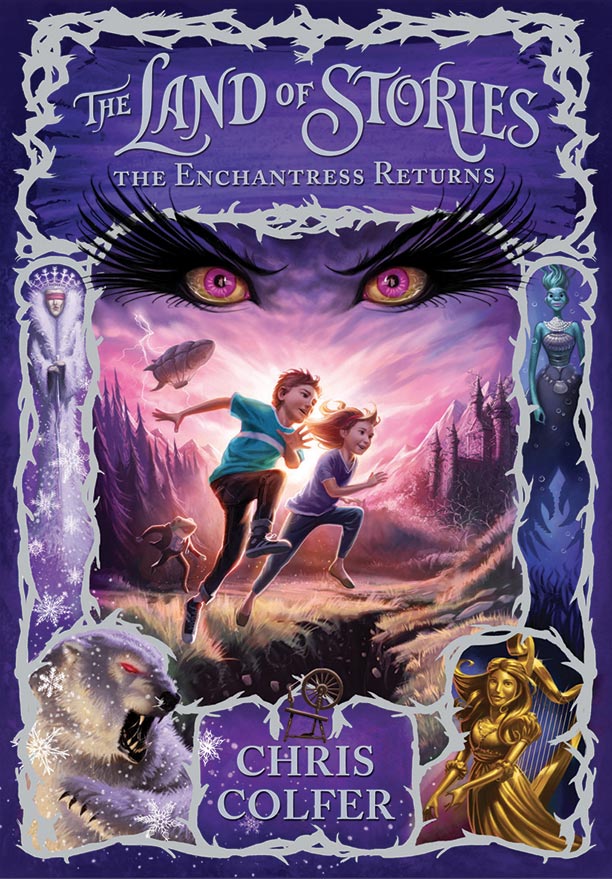