Gilbert Baker created the rainbow flag in 1978 for the San Francisco LGBTI community to use in marches and protests. It would go on to be a global symbol of pride and freedom for the LGBTI community.

June 2 would have been Baker’s 66th birthday. He died in March from natural causes at his home in Manhattan.

‘Our family is so proud of the legacy of activism and artistry that Gilbert has left to the world,’ said Baker’s sister Ardonna Cook.

‘He touched millions across the globe and empowered them to become stronger and more visible LGBT people. Gilbert led a bold and inspiring life by bringing The Rainbow Flag to life and it is that legacy which should guide us in respecting and celebrating diversity.’

Homemade Doodle for a Homemade Flag

‘Today we celebrate Gilbert Baker’s pride, creativity, and the lasting impact he’s had on strengthening and uniting people all over the world,’ Google said in a statement.

He worked with other team members, including other LGBT Doodlers who felt personally connected to the project, to nail down the right concept.

The team decided the tribute would consist of a stop-motion animation of actual fabric strips coming together to create the flag.

They made a trip to local San Franciscan fabric shops and filmed the doodle in a tiny kitchen only a few blocks from the same spot where Baker and his friends constructed that first flag in 1978. 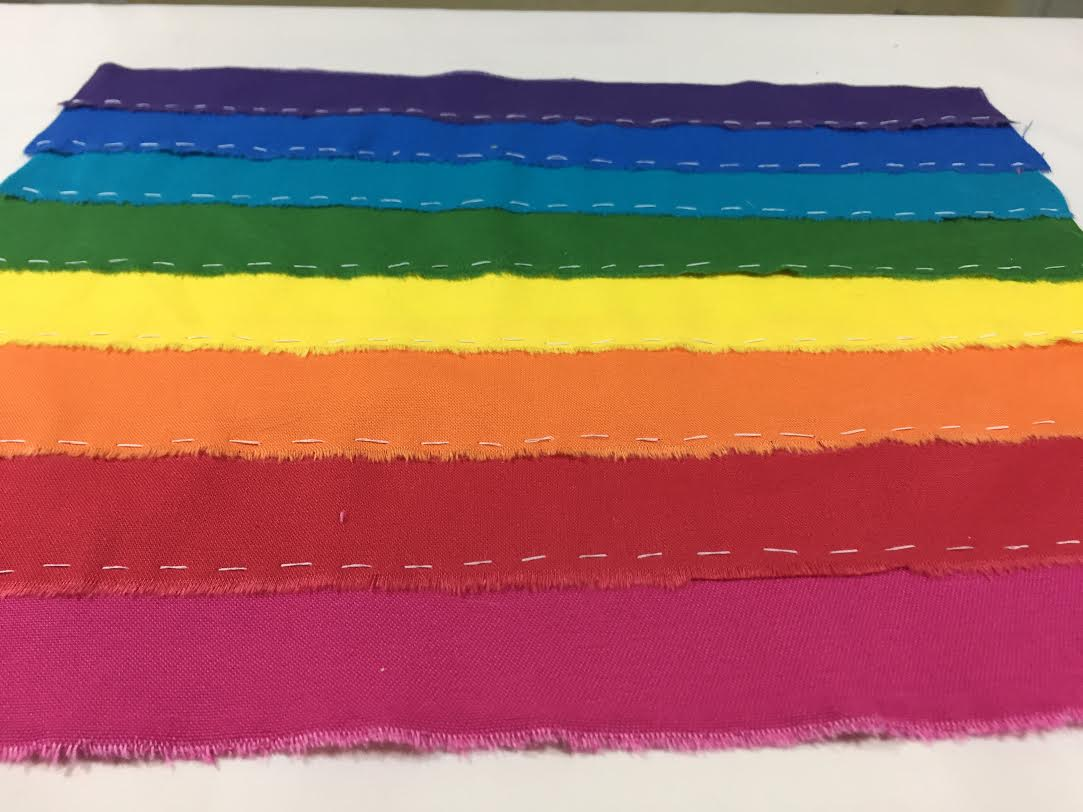