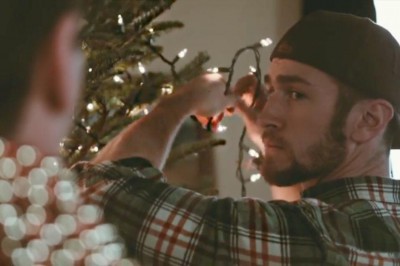 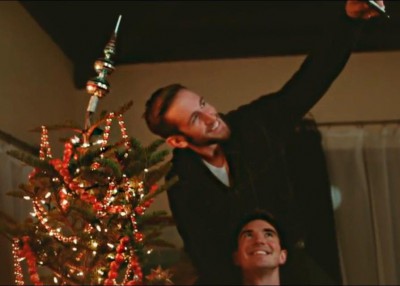 Trevor LaPaglia did not expect to expect to spend last weekend snuggling, kissing and hanging ornaments with Steve Grand.

But he did for Grand’s new holiday video All I Want For Christmas is You which hit YouTube on Monday (21 December) and had more than 90,000 views in its first 12 hours.

LaPaglia, 26, first met Grand a few years ago during the gay ski week event Elevation which is held each year at California’s Mammoth Lakes.

‘On Friday morning, he called me and said, “Do you want to be in my music video?” I said sure and met him in Palm Springs the next day at (director) John Lavin’s house,’ the actor tells Gay Star News.

It was all very last minute because Grand had only a day earlier decided to make the video as a holiday present for his fans.

Grand and LaPaglia are very romantic and physical in the video with some kisses, some shirtlessness and Grand is even on his friend’s lap at one point.

‘It was not at all awkward, it as a blast,’ LaPaglia says. ‘We just pretended we were boyfriends on set the whole time. We were just enjoying each other’s company and friendship. It was just Steve being Steve and me being me and clearly there’s some chemistry that comes through.’

They spent six hours shooting on Saturday then shot some on Sunday morning and the video was posted on YouTube by Monday evening. 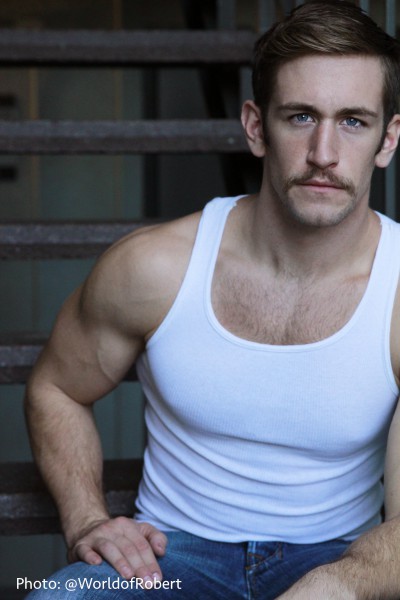 LaPaglia pitched in behind the scenes as well becoming an associate producer on the project. He has no problem with the video coming out just days before Christmas.

‘The best thing about Christmas songs is they keep coming back every year,’ he says.

While he happily accepted Grand’s offer to do the video, the openly gay LaPaglia admits he did think about what it might mean to his career to be taking on another gay role that would probably be seen by so many people.

He had played a gay man in the short film Thylacine and a bisexual in another film.

‘I was kind of hesitant because I don’t want to be typecast as a gay actor and playing his boyfriend would be another gay role,’ he says. ‘I have no problem playing gay parts but I’m an eclectic actor and I want to play many roles. There’s lots of gays and straights who can do all kinds of roles.’

What abut being typecast as a bear? Since the Grand video came out, some have been quick to identify LaPaglia as one after seeing his hairy chest and beard.

‘I have no problem with that – I think a bear is just a hairy guy,’ he says. ‘I definitely have hair so I can’t argue with that. I’m in my 20s so I would be more considered a cub.’

Between acting gigs, LaPaglia works behind-the-scenes on films and shows and is a bartender at a few gay hotspots in LA. He also stars in a web series called Beggin’ Bros that calls on his comedy improv skills.

‘I believe in having many irons in the fire,’ he says. ‘Whenever there’s down time, we have our own camera and equipment and we make sure there’s something on the horizon.’