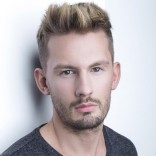 I was recently on the panel at a debate about feminism. About 95% of the audience were female and I’m guessing 100% of them were feminists already.

To the surprise of the room, I started to talk about masculinity.

I wholeheartedly support the feminist movement, but the way it has been communicated has actively disengaged men.

Other panelists quite rightly talked about how important it is to be a feminist and to stand up for equal rights. I agreed, as did the rest of the room. We were already converts.

The next speaker explained the importance of equality in the boardroom. Yep, I also agreed, as did the rest of the room. No surprise.

But the fact there were no men in the room made me axe my planned speech.

Instead I drew upon my own experiences of masculinity to propose a root cause for the misogyny we so frequently see in workplaces, in the media and across every day life.

To the guys reading this, how many times have you been told to ‘man up’? I’d probably guess you’re approaching triple figures. The minute a guy shows any sign of emotion, it’s shut down and we’re told to ‘stop being a girl’.

As a kid, I was branded as a ‘girl’ for as long as I remember. I wasn’t interested in sport or cars, or the other things the guys in my class were into.

At the time, I was really into gardening and couldn’t get enough of playing house with the girls in my class. As a result, I was made to feel like I didn’t fit in with anybody and got bullied.

The bullying got worse as I progressed to secondary school and gradually became physical and directed towards my mannerisms and sexuality.

I was feminized at every opportunity.

I was rubbish at sport and was constantly chosen last. Guys were expected to play football and rugby, but the girls got to do cool stuff like jump around on trampolines and swim.

We were encouraged to compete with each other and to steer well clear from anything ‘only a girl would do’.

The constructs of gender start even earlier than school.

Think about the kind of toys we give to our children. They are even color coded, just in case we forget which gender we are.

The masculine ‘ideals’ are constantly reinforced, and if you don’t tick the boxes you’re branded as being ‘less than a man’ and subsequently as a ‘woman’.

The whole dynamic is wrong on so many levels. It assumes that women are unequal to men and turns masculinity into something aspirational.

Being a ‘man’ stops being about how you identify or even the genitalia you have. It’s a title reserved for super humans with the required amount of physical and emotional strength. Those among us who never get upset about anything.

Sorry gay guys, but if you aren’t ‘straight acting,’ you aren’t a man, according to some.

Even when you’ve left school and you are an out gay man and expect everything to be rosy, it isn’t.

‘Masc4Masc’ and ‘straight acting’ are terms I would ban if I could. Aside from trying to fit into a heteronormative ideal, they again position masculinity as aspirational.

Not only does the term ‘straight acting’ assume all gay men are feminine, but it also assumes all straight men are masculine.

Think about football matches – do you think the majority of the guys watching really are that excited about a goal? Sure, there’s excitement, but there’s also exaggeration to try and ‘out man’ everybody else.

When a young guy shows emotion and a peer tells him to ‘man up’, he learns being emotional is bad and starts to respond with aggression.

That aggression is praised as a masculine ideal and so the young guy grows up to resent anything that could be considered ‘feminine’ about him. The resentment grows into a disregard for femininity and then ultimately females.

That’s the key to fixing misogynistic opinions. To eradicate misogyny, we must empower men to be themselves.

We must raise a generation of guys who talk about their feelings and cry at movies. We must encourage everybody to gravitate towards the interests and careers they are naturally inclined towards, regardless of gender identity.

I don’t see myself as being either masculine or feminine. I don’t subscribe to that narrative. And I really don’t care about how others choose to categorize me.

Once you unsubscribe, believe me, life becomes limitless.

Liam Hackett is the founder of anti-bullying charity Ditch the Label.