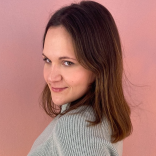 Harry Styles is not a fan of labels — at least as far as his sexuality is concerned.

On the heels of his first solo album’s 12 May release, Harry spoke to The Sun about sexuality in pop music and how other stars in discussing the topic.

He said: ‘Being in a creative field, it’s important to be progressive. People doing stuff like that is great.’

In fact, he threw his support behind everyone’s right to pursue the relationships they want.

He said: ‘Everyone should just be who they want to be. It’s tough to justify somebody having to answer to someone else about stuff like that.’

But when pressed to label his own preferences, Harry declined.

‘I’ve never felt the need to, really,’ he said. ‘I don’t feel like it’s something I’ve ever felt like I have to explain about myself.’

Styles is believed to be supportive of LGBTI rights. Last summer, during Pride season, he posted a rainbow flag image to his Instagram with the cryptic message, ‘All’. He also waved a rainbow flag at a One Direction concert in 2015.

Going on his latest comments, while he has had his fair share of girlfriends — including Taylor Swift, Kendall Jenner and now chef Tess Ward — it seems a whole lot more people may dream of a label-free relationship with the former One Direction frontman.

Watch him ‘fly’ in the video for his latest single, Sign Of The Times, below.