HBO will be making the Montgomery Clift biopic that has Matt Bomer attached to portray the late film icon.

The project began as an independent film but now has the corporate muscle of HBO behind it to bring it to fruition. The pay cable channel also brought the gay-themed Behind the Candelabra and The Normal Heart to the screen in recent years.

Deadline Hollywood reports that HBO has brought in The Love Is Strange duo of Ira Sachs and Mauricio Zacharias to rewrite a script by Christopher Lovick and Larry Moss is attached to direct.

Clift was a closeted gay man who struggled with his sexuality and what impact it would have on his career as a leading man.

In contrast, Bomer is helping usher in an era where male stars are becoming more honest about being gay and continuing to have strong careers.

Clift was the star of such Hollywood classics as From Here to Eternity, A Place in the Sun, Raintree County, The Heiress, Suddenly Last Summer and Judgement at Nurenburg.

Bomer, who wrapped up a six season run on TV’s White Collar in the fall, made a splash on the big screen with a supporting role in the hit film Magic Mike and has filmed a role in the film’s upcoming sequel.

He earned Emmy and Golden Globe award nominations for his performance in The Normal Heart.

Clift was a four-time Academy Award nominee and one of Hollywood’s biggest stars in the 1940s and 50s.

His career and his quality of life suffered greatly following a car crash in 1956. He had several plastic surgeries to repair his face. He used pills and alcohol increasingly after that and died in 1966 at the age of 45. 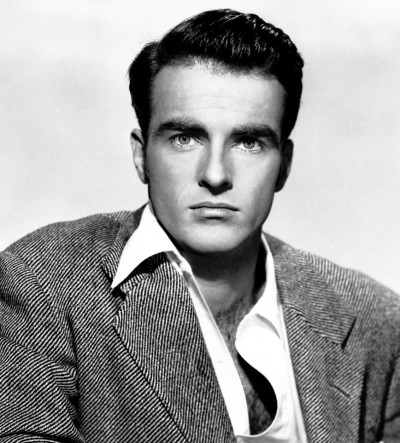