Kim Davis on anti-gay marriage effort: ‘I’m just the first of what’s going to be very many’ 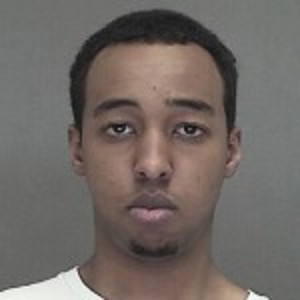 Wisconsin high school student Ridwaan H. Mohamud steamed all weekend after a counseling session he had with a male teacher.

When he returned to Green Bay Southwest High School in Green Bay on that Monday, he sought the teacher out during first period, called out his name and punched him in the nose – breaking it.

Mohamud, 17, was incensed that during a counseling session, the teacher says he tried to boost the teen’s confidence after being teased about his looks by joking that he would date him, according to the Green Bay Gazette.

The teacher, whose name was not released, did not try and defend himself, according to witnesses.

The school’s associate principal, Jeff Vanlannen, tried to assure the student his teacher wasn’t trying to actually date him. His mother also tried to talk him out of being angry but was unsuccessful.

The teen is now out on bail after being charged as an adult with substantial battery and disorderly conduct.

If convicted, he could face up to three-and-a-half years in prison.