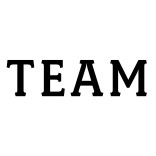 In March 2017, President Duterte backtracked on his support for same-sex marriage in the country.

‘That is their culture is,’ he said, referring to the West. ‘It doesn’t apply to us’.

‘That can’t apply to us, because we are Catholics.

‘And there is the civil code, which states you can only marry a woman for me, and for a woman to marry a man. That’s the law in the Philippines.’

The president, like other leaders of ASEAN countries, upholds a certain set of values known as Asian values.

For countries like Indonesia and Malaysia, Islam has been the first and favorite course of defense against progress in LGBT rights; in the Philippines, it has been Catholicism.

The ASEAN SOGIE Caucus recently released a report on the situation of LGBTs in Southeast Asia, the first of its kind, where it says that ‘the ghost of Southeast Asian values’ still lingers in the region.

Over here, LGBT rights is still perceived as a Western concept. For ASEAN countries, Asian values (or in our case, Southeast Asian values) include the concepts of paternalism and social order—family and society over the self.

These values are ingrained in law and politics, where an assertion of individual rights or self-expression may be construed as a challenge to sovereignty. In Singapore, for example, a one-party dominant system stands in the way of LGBT rights, seeing it as a threat to national security and the government.

History shows, however, that the Asian values that mainly stem from Taoism, Buddhism, and most prominently Confucianism, are not contradictory to LGBT rights.

In his article titled ‘LGBT rights versus Asian values: de/reconstructing the universality of human rights’, Po-Han Lee says that the schools of thought where Asian values originated ‘never reacted to homosexuality with the same disgust that has pervaded Christian responses to homoeroticism’. He adds that ‘asserting that homosexuality was condemned by a timeless Chinese culture is not only a misreading of the historical facts but also exaggerates the validity of contingency’.

The Philippines, home to more than 74 million Catholics, has two layers of conservatism—that of Catholicism and of Asian values.

Regarding the idea that LGBT rights is a Western concept and even a form of ideological colonialization, Ryan Silverio of the ASEAN SOGIE Caucus says that ‘pre-colonial societies have recognized gender diversity and fluidity of gender expressions’, citing the bissu and waria of Indonesia and the babaylan of the Philippines.

‘Such gender-fluid identities were closely linked to social roles associated with spirituality and healing,’ Silverio adds.

Colonialism plays a role in the reversal of things. When Spain came, it brought with it Catholicism, which in turn brought a very particular notion of how things should be. Fast-forward to today where Spain allows same-sex marriage, while the Philippines lingers in the past.

According to Silverio, the problematic concept of Asian values (for it assumes a singular Asia) that leads to hostility against LGBTs is ‘born out of a desire of certain authoritarian rulers from Singapore, Malaysia and a few more to justify their restrictions over freedoms and civil liberties’.

He adds that, ‘Their argument is that in the Asian context, obedience to the state is of prime importance and an essential element towards national development.’

Singapore is an example of how globalization does not necessarily translate into acceptance of supposedly progressive ideas such as LGBT rights. It is one of the richest countries in the world, but also one of the most conservative when it comes to LGBT rights.

For many Filipinos, Singapore is a dream—some kind of a utopia. But in sunny Singapore, the gays are not alright.

On the road to economic progress, a nation must not forget that the foundation of every society is the human person; and in paving the way for a brighter, richer future, the lives and dignity of the minority must not be sacrificed.

For Silverio, something the Filipino people should always remember are the values ‘concern for or solidarity with others’, ‘respect for others’, and ‘compassion’.

‘I still think people feel strongly every time we invoke the phrase “he is still a man“ as a reaction to incidents of discrimination and abuse,’ he says.

‘These values, if promoted and upheld, can be powerful in changing people’s mindsets toward us.’

These values must also be imbued in the Filipino ‘brand’ of LGBT rights activism, which Silverio says ‘must be deeply connected with the lived realities of ordinary LGBTIQ Filipinos’.

‘Activism must be fueled by passion from ordinary folks whether they may be part of LGBTIQ organizations or not, [and] must not be centered around identities and activities of very few organizations only,’ he says.

Despite it all, there’s optimism

Some hardcore activists would say that people must see things for what they are and call a spade a spade, but perhaps it’s also a matter of making the issue more palatable to the common people, especially in a supposedly conservative country.

‘The key strategy,’ says Lee, ‘is all about fighting against the neo-conservatists masked as the traditional orthodox, and stimulating social change by means of emancipation and inclusion at the same time.’

Emancipation from the bonds of colonialism, and inclusion of the diverse universal values that people uphold.

‘We may see pockets of progress here and there,’ says Silverio.

‘But we need to instigate a tidal wave of change across the country. A visible LGBTIQ social movement is imperative; there are activists and activism happening but we do not have a movement yet.’

Little movements that rock the status quo result in tidal waves, and these little movements—be it a rally, a policy, or a simple statement—are what the country needs more of.

Concrete actions, such as Attorney Jesus Falcis III’s petition to the Supreme Court to allow same-sex marriage and Representative Kaka Bag-ao’s bill for a better HIV/AIDS law, inspire people to make a stand for human rights.

‘Things are moving—folks are influencing legislation, media, businesses, faith, etc. We need to engage more spaces, and more importantly have a point where we consolidate the things we do.’

‘Perhaps if the country unites as it does during beauty pageants and basketball matches, a tidal wave will rise. And perhaps if we, as a nation, look deep into ourselves—into the values we hold dear and what makes us human—a change of heart and mind will occur.’

This piece was first published in Team Mag and was republished here with permission.