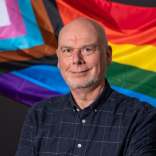 On Friday, I received an invitation to a reception to be hosted by Prime Minister David Cameron at Number 10.

I was thrilled by the recognition my contribution to British society had been recognized and then immediately felt deeply uncomfortable.

I wasn’t sure what to do. I just don’t feel comfortable being part of ‘Dirty Dave’s’ PR effort to impress the queers the Tories care about us. They don’t care about us, and they care about the weak and the vulnerable even less.

I talked to a few trusted friends and colleagues and came to the conclusion I just didn’t feel it was right to go. Not everyone will agree but I wanted to explain my reasons for this.

Earlier this year, I had the privilege of representing the working group of the Memorandum of Understanding around Conversion Therapy in a small meeting with Parliamentary Under Secretary of State for Public Health, Jane Ellison MP, in her very smart and newly refurnished office at the Department of Health.

I was delighted with how much she seemed to grasp about the complexities of therapists and staff in Britain’s National Health Service who might be approached by people wanting to change their sexuality or their gender. She seemed compassionate, bright and well intentioned.

I was then surprised when I saw she voted to support benefit cuts and voted against allowing 3,000 unaccompanied refugee children into the UK. In fact, she rarely votes against the Government, but then again, I guess that’s how you get to be Deputy Health Minister.

The Conservative government under David Cameron has done far worse damage to the Welfare State and to the NHS than Margaret Thatcher did.

Of course, I am delighted Britain now has some of the best LGBTI human rights protections in the world. But let’s not forget they want to opt out of the European Convention on Human Rights.

It seems we are fine so long as we play nice, get married and settle down like ‘normal’ people. But making PrEP available for those filthy gay men who have condomless sex outside of monogamous relationships?  Don’t bank on getting that funded.

We have Trident to fund after all! We can always find money for bombs, even if we can’t afford to look after vulnerable members of society like the refugee children who have been made homeless and lost their parents because of our bombs.

I’m interested to see what action get’s taken on the Transgender Equality Enquiry. I suspect it will get buried.

Everyone in the UK is aware of the cuts in funding of third sector organisations – LGBTI organisations are like PACE closed down and others are having ‘to do much more for less’. The savage cuts to the benefits system have caused thousands of people to become homeless and die. Including LGBTI teens of course.

I attended Digital Pride on Saturday, and heard from the black panellists speaking before I chaired the discussion on mental health. They shared how appalling the Home Office are still being in assessing asylum claims for those LGBTI asylum seekers fleeing persecution in oppressive regimes abroad. It’s certainly not getting better for them.

As a result, I’m not sure I can in all conscience attend this garden party for 200 hand picked LGBTI people of influence and pretend to support David Cameron’s government when so many other groups in our society are suffering at his hands.

Wandering around his carefully tended garden with the waft of Terre by Hermés with the A-Gays drinking nice wine and showing gratitude for how far we’ve come doesn’t sit well with me. Not when we have homeless queer youth on the streets, LGBTI asylum seekers being starved and sent home to their deaths, and junior doctors being asked to put patients’ lives at risk because Health Secretary Jeremy Hunt on a whim feels they can all work a little harder.

Some people have told me it’s better to be on the inside changing things. I’m missing out on the opportunity to make connections with powerful people when I could inform them more about queer mental health.

But in all honesty, as someone who is socially fairly introverted and finds large gatherings like this a nightmare, I really doubt I would have been able to operate in that sphere. I’d just lurk on the edge, taking selfies for my Facebook page.

There are many people who are great at ‘working’ these events, and having these difficult conversations, and who can stomach to do that in the face of knowing full-well what the wider picture is.

Those are the people who have fought for and won so many of our recent rights and protections. I admire them and I’m pleased they are doing what they do. I just don’t have the stomach for it.