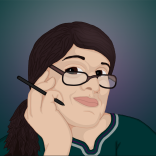 Cara Delevingne opens up about her mental illness

When the BBC World Service wanted me to explain that trans and intersex people existed in the ancient world, I thought: ‘Well, duh’.

As a classicist (and a trans woman), I had for a long time taken it as an obvious fact that trans and intersex people not only existed in the ancient world, but were also depicted in history and myth, and even sometimes religiously revered.

The fact that not everyone realizes this was only brought to my attention when a colleague of mine here at the Faculty of Classics in Cambridge introduced me to Ela Xora.

Xora is a London-based artist and mask maker who creates art about trans and intersex people in the ancient and modern world.

The history of trans and intersex people had been forgotten, and our supposed ‘post-modern-ness’ was now used as a cudgel against us.

And the best way to unmask our history is to tell people about it.

One problem, though: there’s far too much of it to fit into this article. But I want to give you a peek at trans and intersex history by telling the history of Agdistis-Cybele, the goddess who is arguably the central feature of Xora’s work.

Agdistis – another name for Cybele, ‘Great Mother’ goddess of Rome – had been born of the Earth and father god Zeus, and had both a penis and a vagina (as Pausanias, the second century author of Description of Greece, tells us).

The gods feared her double sex, and cut off her penis. She went on to have a love affair with a boy named Attis. She drove him mad when he cheated on her; and he castrated himself out of guilt.

Whether this myth is as old as the cult of the goddess is hard to say. Her image exists in some form or another as far back as 7,000 or 8,000 years, but only a few examples depict her as having both organs.

What we can say for certain is that Cybele was served by an order of self-castrating priests or priestesses, called ‘galli’.

These galli were said to castrate themselves and adopt lavish feminine attire.

Scholars still argue over whether to call the galli trans or not. I willingly identify them as transgender. Although it is probable that some galli were eunuch slaves, many seemed to actively pursue the role.

Modern identity politics dictate that people have the right to self-identity; the thinking goes, unless we can hear the galli say, ‘I am trans’, we can’t call them that.

Very few writings by galli remain, and none of them discuss gender identity. However, they can certainly be called ‘transsexual’ and ‘transgender’ in the most literal, physical sense: they underwent genital surgery and presented in a manner consist with a gender other than the one they assigned at birth.

That is as close an indication as we can hope to get, and it’s good enough say they represented something close to modern trans identities.

The connection with a mother goddess, who was possibly seen as intersex at one point in her mythology, suggests the originators of this cult had an understanding of the fluidity of gender.

The cult’s expanse to Greece and Rome suggests, in turn, that these identities had wide appeal.

I’m not going to claim the ancient world was an enlightened trans and intersex utopia. The galli at Rome were locked away in a special precinct for 364 days a year, only allowed out for their festival, and they were scorned and derided by homophobic authors.

Recognizably intersex babies were killed at birth, since people saw them as ‘omens’.

But if they made it to adulthood (like the two women who grew penises, as documented by the Ancient Greek historian Diodorus Siculus) they got to switch genders without a second thought.

And while all this was going on, ancient people still prayed to an intersex goddess, who was served by transsexual devotees.

Ancient authors, even while mocking the galli, also told stories of other gender-bending, gender-blending characters: Hermaphroditus (an Anatolian half-male and half-female marriage deity), Tiresias (a prophet who changed gender seven times), Caeneus (a transman and hero of the battle of the Lapiths and Centaurs), Iphis (a girl raised as a boy and then given a divine gender-change on their wedding night) and more. A list of androgynous characters alone would keep us here all night.

The point is that trans and intersex are present throughout ancient history. Whatever your definition of ‘modern’, we are not a new phenomenon; our roots stretch back to the dawn of Western Civilization.

Charlotte Northrop studies classics at the University of Cambridge.