Her daughter is one of the most famous lesbians in the world and on Sunday, Betty DeGeneres wanted the world to know what she is one proud parent.

Ellen’s 81-year-old mother led the march of Parents, Families and Friends of Lesbians and Gays (PFLAG) along West Hollywood’s Santa Monica Boulevard on the warm afternoon.

She was among the well-known faces crowds along the parade route cheered on. Among the others were; grand marshal Molly Ringwald who blew kisses from a Greek-themed float; Person of the Year honoree Chaz Bono who road atop a convertible; and The Real Housewives of Atlanta star NeNe Leakes who is starring in the new gay-themed NBC sitcom The New Normal this fall. 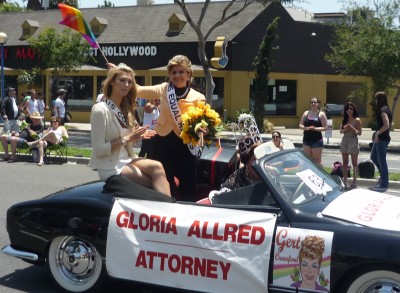 Also riding in the parade were some newsmakers including well-known attorney and television judge Gloria Allred rode with her client, transgender Miss Universe contestant Jenna Talackova, who successfully fought for the right to compete in this year’s pageant. 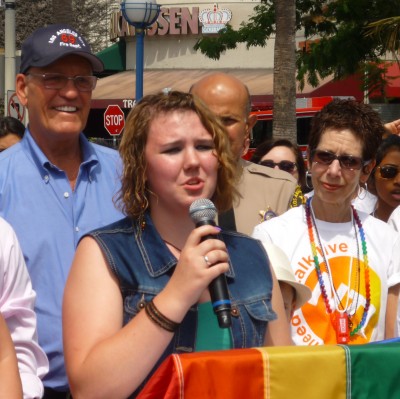 Teenager Katy Butler, a 17-year-old high school student from Michigan who led the fight to lower the rating for the film Bully from R to PG-13, was the recipient of the Outstanding Youth Leadership Award.

Butler not only rode in the parade, but she also took part in a press conference before the start and said: ‘Now we have to take a stand as youth to come out because it’s our time. To all the LGBTQ youth out there: Come out. Come out for your friends and your family and community because youth are so powerful.’ 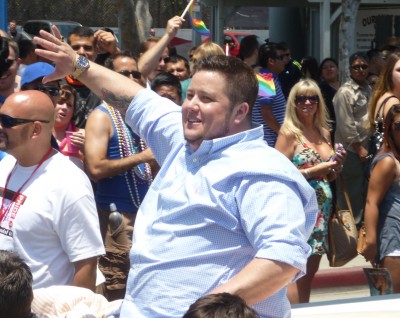 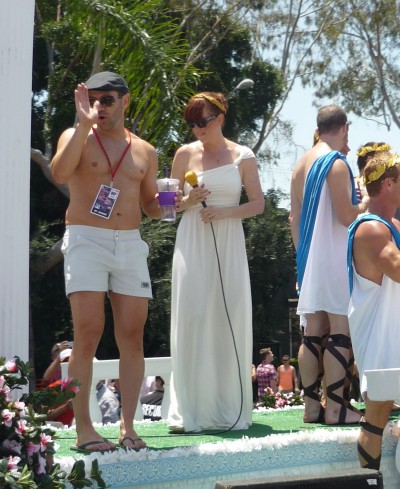 NBC cancels Will & Grace after one final season