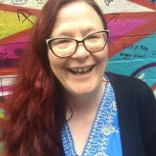 Casual sex, loneliness and the desire for human contact

Loneliness, the theme of this year’s Digital Pride, is a subject which at times seems intertwined with the LGBTI experience.

Ever since Radcliffe Hall wrote their seminal novel The Well Of Loneliness we have tried to find ways to express that sense of being apart, the isolation and the pain that realization often brings.

This sense of otherness can start in our early teens, as we recognize our difference. We believe that this divides us from our family, community and friends. This is one of the reasons so much work with LGBTI focuses on building links with others, opening up the possibility that they are not alone.

It is also why when we look at resilience as a sense of belonging, and being accepted are at the core of who thrives, and who does not. When we do not feel alone or isolated, we can grow and develop to our full potential.

For many of us, especially as we grow older, it can feel as if the isolation is ever present. This is not to dismiss the wonderful communities LGBTI people have built, the families we have fought to belong to, the place in the world which often, at great cost we have carved out for ourselves. However research tells us that many LGBTQI people still feel that deep sense of isolation.

There has even been a suggestion that skin hunger, the innate human desire to be physically touched by another, combined with the closure of many of our venues may be a motivating factor for some to engage in chem sex. Chemsex, the combination of illegal drugs, particularly methamphetamines, and sex parties has often been considered a public health issue.

But very rarely have people looked into the deeper motivations around loneliness and the desire to be touched.

That hunger, the deep rooted need to be physically close to another person goes far beyond the desire for sex, it is a need we are born with, a newborn instinctively calms when it feels itself against the skin of another human.

Research into what is sometimes called kangaroo care (where a premature baby is kept next to the parents skin) and skin to skin contact for full term babies, has been so conclusive that it is recommended by UNICEF and has changed some basic midwifery practices. If you have ever seen a birth in an old film the baby will be whisked away to be measured, weighted and ‘made presentable’. But now it will be given to the parents as soon as possible to initiate that skin contact.

We also know the crippling, and at times heart breaking impact of the lack of physical contact. Children who had limited or no physical touch in infancy and early childhood have much higher levels of cortisol, the stress hormone, years later.

Our brains are designed’ to respond to touch, and to be calmed and comforted by contact with other human beings.

Whilst we may happily choose to be alone, and many do, when it is not a choice, when we crave that human contact and are not able to achieve it, the pain can be almost overwhelming.

In the past if a member of the community has wanted to meet someone, for love, romance, sex or just a chat on a Friday night, there were a host of different venues which provided spaces which combated loneliness.

You might have been closeted in the week, which brings its own isolation, but from cottages to queer bars there were opportunities to meet others.

The spaces may have been chaotic, carried their own hierarchies and dangers, and very often excluded some whilst welcoming others, but they provided that opportunity for human contact.

Very often now those venues have gone, and been replaced with apps, or a marketplace of desirability where you have to entice strangers not to swipe left.

Social media in a wider context can exacerbate feelings of loneliness, as we forget that people curate the lives they share, and instead believe everyone else is living their best life, except us.

I think this is a problem especially for LGBTI people as it can throw us back into those early struggles as we realised our difference, and felt isolated and separate from the world. Rationally we might know that people choose what they share on social media, but very often our feelings of isolation can sweep away those rational thoughts.

Change is of course inevitable, and it is all too easy to look at the past through rose tinted spectacles.

However, we know loneliness kills.

Those who describe themselves as socially isolated, as lonely, have a 50% chance of an earlier death. Loneliness, or the fear of being alone, can cause us to remain in abusive relationships, engage in risk taking behaviour, and build a formulation in our heads that anything is better than being alone.

Being alone does not mean being lonely

It is important to emphasize this last point is not only not true, but it contains a way to tackle loneliness.

Being alone is not the same as being lonely, but many confuse the two, and in doing so actually compound how they are feeling.

To tackle loneliness we need to build real connections. We also need the spaces, both on and offline where those connections can grow and be nurtured. That is why I think Digital Pride is so important, and why I am so happy to support this year’s events.

Karen Pollock is a therapist offering in person and online counselling. They’re based in Newcastle and Northumberland and use the beautiful landscape around them in the Tyne Valley for walking therapy practice. They have specialist training and experience of working with gender, sexuality and relationship diverse communities. Pollock is currently studying for a Post Graduate Diploma in Gender, Sexuality and Relationship Diverse counselling with Pink Therapy.

Mark your calendars as Digital Pride announces dates for 2020

COMPETITION: You are needed to be the faces of Pride at Heathrow