A tearful Lady Gaga made a surprise appearance at a Los Angeles vigil for the victims of the Orlando massacre that left 49 people dead over the weekend.

The thousands who had gathered at Los Angeles City Hall, many holding signs and candles, cheered when Gaga first appeared then grow silent as she took off her black cap and led off the reading of the names of those murdered. 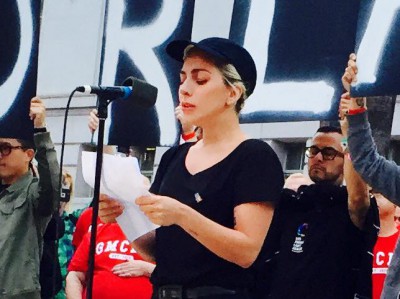 But before she began that emotional task, she shared some of her feelings about the attack against a gay nightclub in Orlando, Florida, on Sunday (12 June) that has caused so much heartache, disbelief and anger.

‘This level of hatred … this is an attack on humanity itself,’ she said, her voice thick with emotion.

‘This is an attack on everyone. Tonight, I gather humbly with you as a human being in solidarity to take a real moment and mourn the tragic loss of these innocent people. let’s all today pledge an allegiance of love to them and their families. They are sons and daughters, mothers and fathers.’

‘Everyone here, we represent the compassion and the loyalty of millions of people around the world – you are not alone. Orlando, we are united with you and we are here to remember.’

The rally and vigil was organized by the Los Angeles LGBT Center. 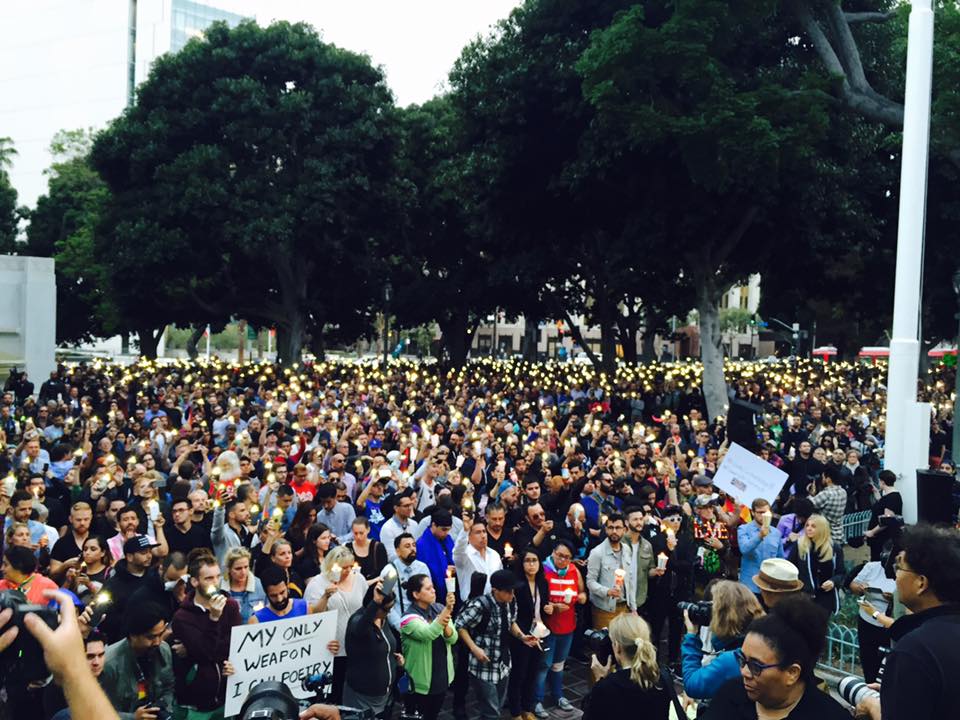 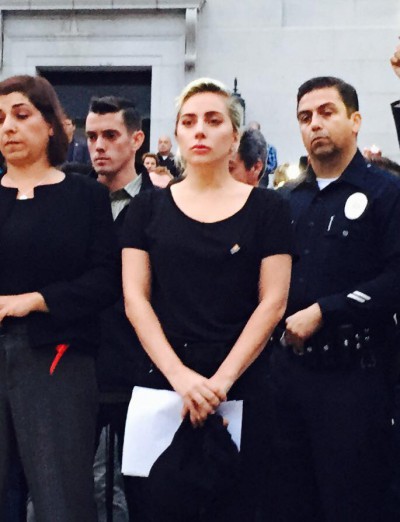