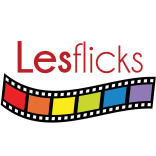 Hong Kong judge rules religion should not define what marriage is

Movies are a passion of mine. Therefore, I find myself constantly frustrated by the number of movies that don’t get distributed in the UK. Or that don’t even get funding to be made at all.

The clear message I hear from the movie business on a regular basis is the belief that there just isn’t an audience.

The thing is, the few movies that do get distribution are often with distributors who are doing little to actively reach the lesbian and bisexual market. If we don’t know about these films, we can’t attend screenings and we can’t watch them.

How do you find out about lesbian movies?

There are a couple of LGBTI streaming platforms, but the women’s content is a small proportion of the wider content. So it doesn’t make financial sense to subscribe to these because once you’ve seen the few relevant films then it could be months or years until new content is added.

In fact even the UK distributors that specifically work with LGBTI and independent movies only release 2-3 lesbian films a year. BFI Flare had over 15 lesbian features this year alone. There are over 350 LGBT film festivals around the world.

What happens to all of the other content? Well, some will get a mainstream release. Perhaps 5-10 in a good year.

Good movies are getting missed

There is a big gaping disconnect between the films being made, and the audience wanting to see them. Too many films are not getting through to their audience.

You only have to look in various lesbian Facebook groups where the only film consistently named from the last 15 years is Carol. They simply haven’t seen all the other films.

Over the years I’ve contributed to multiple crowdfunders, helped distribute films, sponsored smaller film festivals and reviewed hundreds of films on Planet Nation. However, I’ve got increasingly fed up when the film hasn’t been released in the UK, or has been pretty inaccessible because it is with some small distributor who isn’t even aware of their audience and isn’t trying to find it.

I realized that I needed to do something more that would have a bigger long-term impact. I looked at the current problems and how I might solve them.

As well as getting the movies to an audience, this includes ensuring filmmakers get some money back for their films. There is also the lack of data leading to the belief that there isn’t an audience; and often the films that do make it to the cinema don’t get promoted to the audience.

So I decided a combination of video-on-demand with royalties and viewing stats for filmmakers combined with socials and film clubs to put bums on seats was the best way forward.

But I also want to empower other women to also support lesbian film. We can have more films to watch. We can get better quality productions. We can get more cinema screenings of movies.

Here are 5 positive actions to make a difference

– Attend cinema screenings for any movies containing lesbian or bisexual themes – and invite your friends then also mention your attendance online; check in on social media.

– Watch a movie even if someone tells you it isn’t any good. Everyone likes movies for different reasons. Why listen to someone else without watching it for yourself? Even if you don’t like it, by watching it you are contributing to the data that shows women do watch these films!

– Stop telling people you don’t like movies because it stops other women from watching those films. Be less destructive and more supportive! How about saying, ‘It wasn’t to my taste but I did like the music’ or ‘it wasn’t as good as Carol but watch it and let me know what you think’.

– Pay to watch lesbian and bisexual films! Support crowdfunders from as little as $5. It can cost a lot to make a film. Tens of thousands of pounds upwards for a short film alone. By paying to watch the film the filmmaker will receive some money for their investment.

– Subscribe to streaming services like LesFlicks who work closely with filmmakers to ensure that they get payment for their work. After all, that is how they’ll be inspired to make more movies and with bigger budgets!