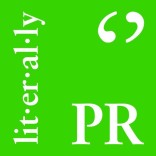 How I escaped the Jehovah’s Witnesses to marry my wife

To all my single LGBT+ brothers, sisters, and gender-nonconforming friends out there on Valentine’s Day, I feel your pain.

In 52 years of life, I’ve had a romantic partner on only two Valentine’s Days. And yes, that initial sense of dread sets in when the Christmas decorations come down at the drugstore and are replaced by everything red, pink, hearts and chocolate.

But here’s your ticket out of this nightmare of self-deprecation and possible diabetic comas. We can make Valentine’s Day mean anything we want it to, good or bad.

It’s one the most stupid holidays around.

It was initially a festival of love in which women were paired with men in a lottery-style setting. Later, the Catholics rebranded it – yet they now can’t get straight which saint it’s actually named after.

It was set in February as this is typically mating season for birds. It’s basically a heterosexual, Catholic, and avian holiday. These are the origins of the day making us so down on ourselves.

Be the person you want to be with

Let’s start some new practices for this day (and any day, actually).

While folks are busy with dinner dates that may end sour, grab your favorite pen and journal.

Start with all of the mental, emotional, physical, and higher consciousness or spiritual qualities you want in a potential mate.

Then do a list of deal-breakers. These will include traits your partner must have that you won’t budge on (such as being physically active, if that’s important to you) and things that you absolutely won’t tolerate from a partner (such as physical violence).

When you’re done with these two Manventory lists, sit in silence for a minute and see how many of these qualities you exemplify. For those qualities where you fall short, make a plan to improve them. We attract what we are. Work on being the person you want to be with.

Give your time to someone who may have lost their love

Throw a party for all your single friends. Make specialty cocktails that make fun of the holiday and throw the tension off being single.

Have your friends bring their own completed Manventories. And review them with each other over a Valentine’s Vixen or Chocolate Heart Martini. Celebrate who you are and what you want.

Think of an organisation that could use some extra hands on Valentine’s Day. Nothing will get you out of your self-imposed Valentine’s Day funk better than doing something nice for someone else.

One such organisation in my home town of New York is Sage. They are an LGBT+ organisation for elder LGBT+ individuals.

Give your time to someone who may have lost their love(s) and have no one else in the world. You can make a whole lot of difference to that person or group of people.

Decide with intention and conviction to do something special for yourself.

I remember one Valentine’s Day, after my last breakup, I bought myself a top-of-the-line tablet with all the doohickeys I wanted. I spent the day setting it up, playing with it, and living my best life.

If tech isn’t your thing, spend the money you would have spent if you did have a partner on something for yourself. Take a day trip somewhere. Do a spa day at a place that’s so bougie, you would never go there under regular circumstances.

Love begins with me, right here and now

Since it’s a day associated with love, give some love to yourself. As Mamma Ru says at the end of every episode of Drag Race: ‘If you can’t love yourself, how in the hell are you going to love someone else?’

Love begins with me, right here and right now. An easy way to do this is to celebrate all of your major victories and accomplishments in life. How can you not love these things, and subsequently not you? You did these things. Celebrate them.

Since this day is associated with bird mating season, set up a good shag date. Sometimes Diet Coke will quench your thirst when regular Coke is nowhere to be found.

Have your shag mate do something different, like show up with flowers and chocolate. Play pretend but make it sound like some sort of sexual role-play. They’ll never know the difference.

Do you just love your friends? Go to the store and get those cute Valentine’s Day cards we used to give out when we were kids. Pass them out to all of your closest mates. Show them some love too.

So, you see, Valentine’s Day does not have to be a day of fear and dread. Even if you’re a single member of the LGBT+ family, this can still be a day of love. Trying something different on this day of love and attract all different kinds of love to you.

Dr Tony Ortega is a clinical psychologist and author of #AreYouHereYet: How to STFU & Show Up For Yourself. #AreYouHereYet comes out on 14 February.

Dr Ortega has been practicing as a psychologist since 1992. His Brooklyn-based practice chiefly helps LGBT+ people with the challenges they face.