Hillary Clinton apologizes for misspeaking on Reagans and AIDS 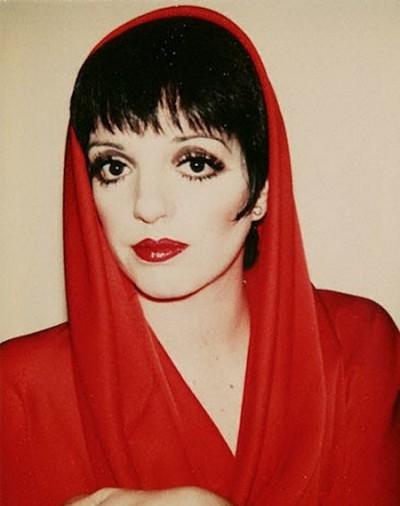 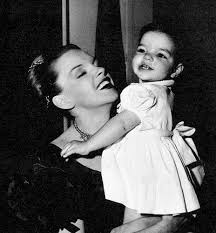 The one and only Liza Minnelli turns 70 on Saturday (12 March) and it is clear that despite her many personal ups and downs, she has emerged one of the ultimate showbiz survivors.

There are so many reasons why we love this Oscar winner, Emmy winner, four-time Tony winner and recipient of the Grammy Living Legend Award.

6. Those purebred showbiz genes: ‘I got my drive from my mother and my dreams from my father.’

7. Being the proud daughter of the late, great Judy Garland – the original gay icon for all time.

9. She has been an inspiration to generations of drag performers who have mastered her look and sound.

10. Liza’s the proud daughter of the great film director Vincente Minnelli who directed Meet Me in St. Louis, Gigi, and An American in Paris.

11. Cabaret and her unforgettable Oscar winning portrayal of Sally Bowles.

12. Her unforgettable rendition of the anthem New York, New York from her 1977 film of the same name which also starred Robert DeNiro.

13. The 1972 Emmy Award-winning TV special Liza with a Z which was directed by Bob Fosse. 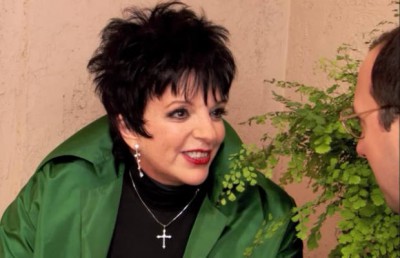 15. Her breakout film role as Pookie in 1969’s The Sterile Cuckoo which earned her an Academy Award nomination for best actress.

17. 1989’s Results, the electronic dance-style album produced by Pet Shop Boys and Julian Mendelsohn which had great success in the UK.

18. She held her own, at the age of 18, while performing with her legendary mother concert at the London Palladium in 1965.

19. Becoming the toast of Broadway at age 19 when she won the Tony Award for best actress in a musical for Flora the Red Menace

20. Her openness about the decades-long struggle to maintain her sobriety. 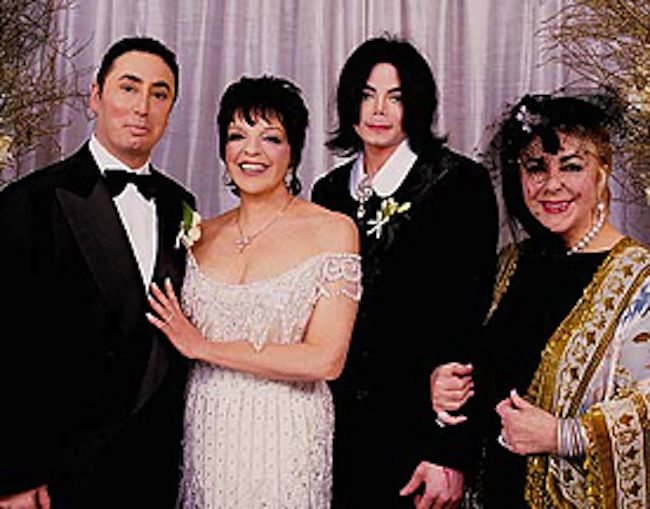 22. Liza kept her dignity and her silence when the marriage to Gest ended and he alleged on television that she had beaten him during drunken rages.

23. Her first husband was Peter Allen whose life inspired the musical The Boy from Oz starring Hugh Jackman,

24. Liza was once engaged to Desi Arnaz Jr., the 1970s heartthrob whose mother was Lucile Ball.

26. Liza’s courageous recovery in 2000 from viral encephalitis during which doctors predicted that she would spend the rest of her life in a wheelchair and perhaps not even be able to speak again. She proved them wrong.

27. When she returned to the stage in 2001 and memorably performed You Are Not Alone at the televised Michael Jackson: 30th Anniversary Special concert.

28. Liza’s 1978 Broadway triumph in The Act for which she won another Tony Award. 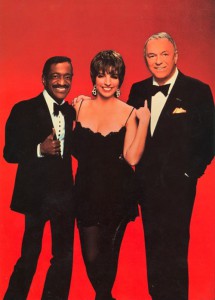 29. In 1988, Liza came to the rescue of Frank Sinatra and Sammy Davis Jr. when she replaced Dean Martin on their The Ultimate Event tour.

30. The 2009 Broadway triumph Liza’s at The Palace for which she won her fourth Tony Award.

31. Liza had the guts in 1997 to replace Julie Andrews on Broadway in Victor/Victoria.

32. She had the guts in 1975 to replace another Broadway legend in an iconic role when she replaced Gwen Verdon in Chicago.

34. Liza performed We Are the Champions with the surviving members of Queen at Wembley Stadium in London at a 1992 tribute concert to her friend Freddie Mercury.

36. Her 1996 studio album titled Gently which was a recording of jazz standards and a nice change of pace.

38. Liza’s 1999-2000 Broadway tribute to the music of her father’s movies called: Minnelli on Minnelli: Live at the Palace

39. A largely overlooked film, 1991’s musical dramedy Stepping Out in which Liza was still at the peak of her powers.

40. She starred opposite fellow Broadway legend Chita Rivera in the 1984 musical The Rink.

41. Liza paid tribute to her mom’s most famous movie role when she voiced the role of Dorothy in the 1974 animated film Journey Back to Oz.

46. Kay Thompson’s popular series of Eloise children’s books are said to be partly inspired by the antics of her goddaughter.

47. She was a regular at NYC’s Studio 54 during its late-70s and early 80s heyday with the likes of Andy Warhol.

48. She narrated the 1974 film That’s Entertainment! which celebrated the MGM musicals – many of which her mother appeared.

49. The wonderfully fun song about her name called Liza With a Z.

50. Even though she turned downed the role of Mama Rose in a 1988 revival of Gypsy, Liza does a terrific version of Some People.

52. Was deserving recipient of GLAAD’s Vanguard Award in 2005 for ‘her contributions to increased visibility and understanding of the lesbian, gay, bisexual and transgender community.’

53. Was presented with PFLAG’s Straight for Equality in Entertainment Award in 2010 for ‘her lifelong support of lesbian, gay, bisexual, and transgender people’

54. Her dramatic turn in the 1985 television film A Time to Live which won her a Golden Globe Award.

55. Her continued determination to overcome various physical ailments (hip, knees, back) and return to the stage.

56. Her performance of Life is a Cabaret

57. Her lovely dancing in the 1980 TV special Baryshnikov on Broadway.

59. She recorded the Kander & Ebb tune The Day After That in 1994 and donated the proceeds to AIDS research. Liza also.performed the song in front of thousands in New York’s Central Park at the 25th anniversary of the Stonewall riots.

60. Her sublime version of the ballad Maybe This Time from Cabaret.

61. Her parents named her after Ira Gershwin’s song Liza (All the Clouds’ll Roll Away.

62. She and her mother,Judy Garland, were the first Oscar-nominated mother and daughter.

63. Liza was childhood friends with Mia Farrow and Candice Bergen.

64. Always polite and a good sport in interviews – no matter how many times she’s asked about her mother or her marriages. 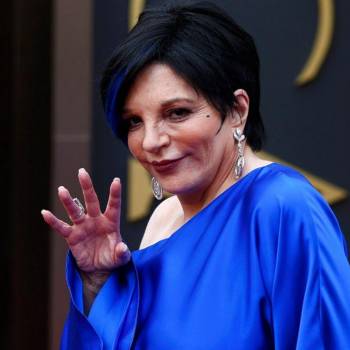 66. Wore a fun blue streak in her hair while appearing at the 2014 Academy Awards with siblings Lorna Luft and Joe Luft.

67. Her quote about finding out first hubby Peter Allen was gay: ‘I’ll never surprise anybody coming home as long as I live. I call first!”

68. Stayed very close friends with Peter Allen until his death in 1992.

69. Even as her voice wobbles and has lost some of its power and rage with age, Liza still tries to hit the big notes and give her fans 100 % each time out.

70. Liza’s humble opinion of her voice: ‘I’m not a very good singer. I just know how to present a song, and honey, I think I’ve been through enough to do it right.’