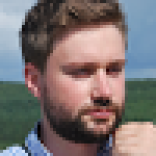 For as long I can remember, I was attracted to Western culture. I was infatuated with the idea of the American Dream.

From watching Desperate Housewives religiously to listening to Britney Spears as a kid, I was so convinced that the color of my skin was the greatest obstacle on the pathway to my dream: to be a star.

As a result, I harbored such self hatred and shame growing up.

I hated the way I looked. And on top of that. I was terrified to confront my own sexuality.

These suppressed feelings were only aggravated having grown up in two conservative countries, Peru and Taiwan.

I moved to Peru when I was 15, believing that I would find freedom to express myself there. I was both right and wrong. During the four-year-stay, I honed my craft as a singer, songwriter and performer, taking part in various music ensembles in school.

On the other hand, the times I have been called Chino or Maricon (a gay slur) in my teenage years were countless.

The way these words were associated with such stereotypical/negative behaviors and connotations pushed me further into the closet.

I was so ashamed and scared of what would happen if my family or the kids at school found out about the real me. So I played the role.

‘I tried to be macho, and erased parts of me that yearned to be free’

Years later, I ended up in the Taiwanese army due to my obligatory training.

I had dreaded the moment. I wanted to be tough when the inevitable came.

At this point of my life, I was 21 and recently completed my degree at NYU.

Even though I had lived in New York City for three years, I was still not confident enough to be who I was: a queer person of color artist.

I felt defeated, lonely and hopeless. I was still pretending to be someone I was not to my parents whenever I was back in Taiwan. And I was still writing songs that didn’t quite ring true because I was afraid to tell my real stories.

I was still fixated on my American Dream and how having white skin, blue eyes and blonde hair was the only way to make it in the industry.

As I laid in my bunker bed with another 86 cadets during the first few nights in camp, I felt a looming sense of disappointment but also a new-found determination. I did not want to waste any more time.

‘I wanted to sing, to perform, be free’

The rest of my military days went by quickly.

There was blood, sweat and tears. But the experience was truly humbling.

I stayed quiet most of the time, obeying orders and getting into the rhythm of things with no complaints.

Having no access to technology also provided me space and time to dwell on what’s important. And the answer has been the same all along. Music.

With that revelation, I returned to NYC. I began working rigorously on my music.

Strangely enough, the writing came much more easily and naturally.

The words poured out as I detailed my stories on the piano. These are stories that could be universal but also specific to my heritage and sexuality. And if my art can reach any QPOC struggling in this white-dominant world, it will be worth it.

‘I am taking a stand’

What ensued was the release of my first EP Loveless and my first music video for one of the tracks, Undercover.

The song speaks about falling in love with your straight best friend. And in order to keep the friendship alive, you bury your own sexuality and the desire for this person in the ground.

In a larger sense, I wanted to highlight how often members of the LGBTQ+ communities have to lead two lives. One that fits the cultural norms and expectations. And one that represents the real you.

I am so fortunate and grateful to be where I am. To be able to continue to do what I love.

If I had never connected with my own color of skin, my ethnicity and my culture, I don’t think I would ever have the courage to put myself out there and share my art with the world. Sometimes that’s where you find the support that you really need.