Mary Wilson was there alongside childhood friends Diana Ross and Florence Ballard as the three reached international stardom in 1964 with their first number one hit Where Did Our Love Go?

They were The Supremes, the greatest girl group of all time who went on to achieve a string of number one hits for Motown Records including Baby Love, Stop in the Name of Love, You Can’t Hurry Love, Reflections, I Hear a Symphony, Love Child and Someday We’ll Be Together.

Wilson, now 70, chatted with Gay Star News on Friday about the group’s immediate and long-lasting popularity with gay fans.

‘It was always there,’ Wilson said from the Kentucky Derby where she was set to perform at a charity benefit this weekend.

‘I think because we were so glamorous that it automatically was a great attraction for the gay community – they were the ones who were there at the door first.’

And among the gays, each had their favorite Supreme whether it be the lead singer Ross or Wilson or Ballard or later member Cindy Birdsong who replaced Ballard in 1967.

‘To this day, there are different camps for Flo, Diane, Cindy Birdsong and the 1970s (post-Ross) Supremes. And the fans are still there but they are kind of divided.’

Much of that division has to do with the rocky relationship Ross sometimes had with the other members of the group – particularly as she was being groomed for a solo career by Motown found Berry Gordy, the father of her oldest child.

Wilson spared no details about the fractured relationship in her 1986 memoir Dreamgirl: My Life as a Supreme. The best selling book came out three years after she and Ross had an infamous on-stage tussle during a TV special celebrating Motown’s 25th anniversary.

Since their 1983 reunion was such a bust, there was great hope that Wilson, Ross and Birdsong (Ballard died in 1976) would reunite in 2000 for Ross’ Return to Love worldwide concert tour.

But negotiations over money broke down and Ross went on to tour, unsuccessfully, with two members of the 70s edition of The Supremes who she had never performed with before.

‘It was one of those things that when I first heard it I was extremely happy about it,’ Wilson says now. ‘When it didn’t happen, I was disappointed.’

Wilson and Ross did dueling interviews with ABC News each blaming the other for the breakdown in negotiations. It seemed certain that their already strained relationship would never recover. 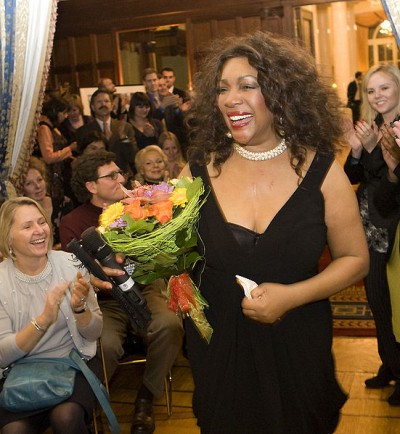 But the two girlhood friends and members of the Rock and Roll Hall of Fame did see each other last year at the opening of the Broadway show Motown: the Musical.

It was believed to be the first time in about 30 years that the women who together graced countless album covers were photographed together.

‘It was the first time in a long time and it was great,’ Wilson said of the brief reunion. ‘It was wonderful to see a dear old friend you hadn’t seen in awhile. We enjoyed each other.’

Whether Wilson and Ross ever truly make up or sing together again doesn’t diminish their musical legacy and the fact that 50 years ago last month, they had their first number one hit and were on their way to becoming the most successful girl group of all time.

Just don’t ask Wilson to pick a favorite of their many hits.

‘It’s like having children, you can’t say the favorite. Certain songs have great memories attached. You Can’t Hurry Love is one of my favorites now – the lyrics are still so relevant even today, they are timeless. Songs like that and Reflections mean as much to me today as they did back then.’

‘Over the years, I’ve begun to understand them even more.’