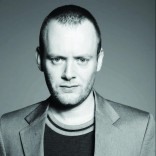 A couple of weeks ago, on a night out to the G-A-Y bar in Soho, London – a place I used to go to all the time in my late 20s and early 30s – a guy came up to me, put his arms around me and started to cry.

He wasn’t an ex but someone who had read my book.

Straight Jacket: How to be Gay and Happy, is about how society makes anyone who isn’t heterosexual and/or cisgender feel, frankly, shit and how some of us adopt self destructive coping mechanisms.

That’s not to say there aren’t lots of happy, thriving LGBTI people who’ve come through childhood, come out and moved through the problems. There absolutely are and we need to celebrate that. But it’s clear from the reaction I’m receiving that lots of us are having a hard time.

Over the last three months since the book was first published, I’ve had more than 100 messages from strangers telling me it has changed or sometimes even saved their lives.

People say it made them cry, gave them hope or they are relieved just to be able to talk about it.

One man tweeted it was ‘an eerie experience’ because it so accurately expressed what has happened in his life. Another thanked me ‘for describing my childhood better than I could’.

Famous people are saying the same thing. Elton John said ‘it is an essential read for every gay person on the planet’ and Years and Years’ Olly Alexander said ‘it is a really brilliant and moving read’.

The common theme is that everybody – gay, straight, bi, trans, gender queer and everyone else – should read it.

I don’t tell you this to bask in the positive reaction but because I agree. I do think we all need to read it. That includes straight people who need to understand that homophobic bullying in schools is still starting the cycle for generation after generation.

Most importantly we need to point out that the emperor really does have no clothes on: the LGBTI movement has nowhere near succedeed if people are dying from drug overdoses, drinking themselves into early graves (as I was) or feeling their life has no point.

My struggle with mental health

I am in no way wagging my finger in a moralistic way. This is as much to me as from me.

As the former editor of gay magazine Attitude, you might expect me to be pretty sorted. But I have struggled to shake off low self-esteem and compulsive behavior that got so bad I regularly considered suicide.

Since I’ve accepted I had a real problem and gone into recovery, my life has transformed.

It’s not perfect. I still have serious things I wish to change. But I am working on them and making progress with the help of a whole community of LGBTI people in recovery that we don’t hear much about but who are there and are supporting each other, trying to carve out a new way of living.

That is the biggest message of my book: that this stuff isn’t fixed. We can come through it. There is help out there.

We are in a pivotal time where the damage done to our mental health by society’s homophobia is finally coming out of the closet.

In the last week I saw a preview of the forthcoming film Moonlight about the effect of shame on a young black boy growing up in Miami. It is one of the most important and moving films I have ever seen.

On Saturday I went to see the London Gay Men’s Chorus performance of the Shame Chorus, a musical look at how shame affects us, curated by artist Jordan Mackenzie.

In London, Pat Cash’s group Let’s Talk About Gay Sex and Drugs is packed every month, as is the gay men’s discussion group, A Change of Scene, that I run with my friend Simon Marks.

Last week I also went to the Park Theatre to see the revival of the classic Broadway play The Boys In The Band from 1968. It’s about how a group of men drown their self-loathing in pills, alcohol and bitching.

Some might say it is dated and old fashioned and that we are past all that. But when I got home I had a message from a friend telling me yet another young friend of his had died.

This isn’t unusual. I’m used to seeing it announced on Facebook that a friend of a friend has ‘died suddenly in his sleep’. No one says why, because it’s considered shameful or too sensitive to talk about suicide or drug overdoses. But we have to. There is a problem.

It doesn’t have to be this way. The same night I got that message, I also had a tweet from a young man saying ‘Reading your book has probably saved my life.’

This isn’t really about my book. I am just passing information from people who have helped me and through what I’ve learnt. We need to change this situation. Despite what they told us growing up, we are worth it. Let’s prove it and help each other and ourselves.

Straight Jacket: How to be Gay and Happy by Matthew Todd is available from UK bookshops and from Amazon.

This is why we need a Bisexual Health Summit, say bi+ activists