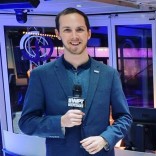 I distinctly remember seeing the LGBT stall on the first walk around my university’s freshers fair.

‘Not yet,’ I thought, looking at the stickers, and the LGBT charity Stonewall’s ‘Some People Are Gay Get Over It’ postcards.

But I wasn’t dismissing my own sexuality. Rather I was shielding myself from opening up and coming out to people.

I had been out to myself since my mid-teens; slowly realizing that my crushes and attractions to men were not shared by other male friends, at least not in a similar way.

But I’d been burned once before with someone dictating to me what did and did not constitute being bisexual, I wasn’t going to let it happen again.

University is a brand new start for a lot of people. Some can’t wait to get rid of the person they were at secondary school, or they simply may be looking forward to moving away from the confines of their hometown.

I wanted my university environment to be one where I could not only be myself but explore what that even meant. To me it meant being bisexual.

At first, I adopted a ‘straight until asked’ policy

This isn’t to say I was ‘out and proud’ whilst going about the business of making new friends at university. Like many LGBT people, when meeting vast swathes of new people I tended to adopt a “straight until asked/self-outed” policy.

This peculiar mix of bi-erasure and straight privilege may seem inherently harmful. But, I was still getting to grips with what being out (and comfortably out at that) meant to me.

To me, it meant that unless someone asked me what my sexuality was, or I let slip how cute a guy was, I was straight.

Towards the end of my first year, I did end up at the LGBT society coffee meeting. Those weekly meetings with other LGBT+ people were eye-opening, illuminating and immensely helpful to me personally. By the time my second year started, the LGBT stall was one of the first I went up to.

The big thing they were all looking forward to was National Student Pride, the UK’s largest gathering of LGBT+ students. As London isn’t far from Canterbury – a big group of us were intending to go.

But this left me at a standpoint. Now with my increased participation in the society, and ahead of attending my first pride, it felt time to come out to my family.

Coming out to my family as bisexual

Aided by copious amounts of red wine in a Bulgarian ski resort, it was time. I explained over New Year’s Eve dinner to my mum, dad and sister; the next person I would bring home as a partner could be a boy or a girl.

The response wasn’t exactly rapturous, nor was it hostile. I then proceeded to the toilet and threw up out of relief.

As could be expected, National Student Pride was as enlightening as my first trip to the LGBT society. I’m not going to start gushing about how I suddenly felt like I ‘belonged’ because believe me I was bricking it. But to be around other LGBT+ people was another step on the road to being out.

Another step came when my father called (he works at home and oft takes it upon himself to ring me).

‘What are you up to?’ he asked, to which I explained that I was at Student Pride.

This was the first time my sexuality had come up since my coming out a couple of months earlier, and although I can’t remember what his response was, it didn’t matter to me.

It was another step on my road to being out.

Why I’m going back to volunteer at the pride that helped me come out, now I’ve graduated

Nearly four years have passed since my first trip to National Student Pride, and this year I will be going back. But this time, as a volunteer.

I’m looking forward to going not just because of meeting other friendly members of the LGBT+ community, but also to reflect on how far I’ve come since coming out.

If I were to do it all over again I would definitely get more involved in the student LGBT scene, not just at my own university but across the country.

I have no doubt my involvement in the community, and subsequent attendance of National Student Pride, shaped my coming out and who I am as a person today.

Gay Star News are media sponsors of National Student Pride. This year GSN are hosting and live streaming a Bi+ panel on the Gay Star Students stage at the event with Clifford Chance aDeloittette. Get your tickets to the event now.

These LGBTI students got naked to talk about their body