Neil Patrick Harris is in the final weeks of his triumphant run in Broadway’s Hedwig and the Angry Inch and seems in the mood to savor every moment.

Harris, who won a Tony Award in June for his performance in the musical, recently posted pre-show and post-show selfies of himself on Twitter.

The first selfie has him in full make-up as the transgender rock singer Hedwig but without the glittery character’s big, blond wig.

The post-show selfie is what is getting the most attention because the star appears to be wearing nothing but fingernail polish and what is left of his make-up.

Harris ends his run as Hedwig on 17 August. Andrew Rannels will take over the role three days later for at least a two month run. 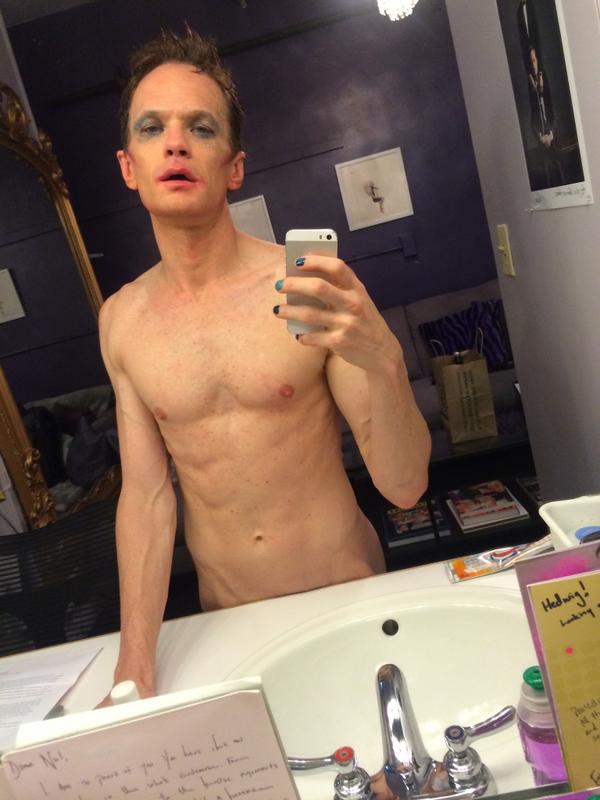