The Nepal Supreme Court has just made it possible for people to update all of their personal documents to reflect their true name and gender.

Nepal is one of the few countries in the world that includes a third gender option on passports, citizenship cards and for ‘third gender’ people to be counted in the census.

But it did not allow for people to update their gender to male or female, if their current gender differed to the one they were assigned at birth.

The September ruling was brought after LGBTI advocates Pinky Gurung and Anik Rana filed a writ in the Supreme Court.

Another LGBTI advocate Sujan Panta told Pahichan the decision was historic and would help remove discrimination.

‘This verdict has been issued to prevent the possible abuse of citizenship,’ Panta said.

‘People who have already received educational certificates can change their names. People who are receiving will get as per their wishes.’

In its ruling the Supreme Court acknowledged the hurt some LGBTI people faced if their citizenship did not reflect their true gender.

The court has ruled people of diverse gender identities sexual orientation should have the freedom to live with their true identity. To not have that freedom would violate human rights, the court said. 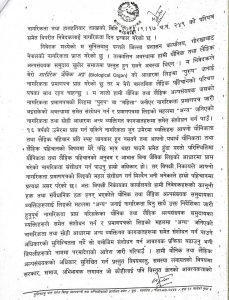