For 21 years, women have gathered in Manhattan’s Bryant Park, near Times Square, and marched down Fifth Avenue.

Unlike the Gay Pride parade, this march of women of all types is sponsor free. No floats or corporate dollars. Just homemade signs and approximately 30 drummers who kept the beat.

The parade ended in Washington Square Park, located in Greenwich Village the neighborhood where the Stonewall Rebellion started.

Most onlookers cheered, but one protestor made certain his displeasure was seen. He held a sign proclaiming ‘Christ died for sin’  He followed the parade for its entire length, but was shadowed by two young women with their own message: ‘This guy needs a hobby.’

On the other end of the Christian spectrum, parishioners of Marble Collegiate Church offered water to the marchers as respite for the hot afternoon.

As to be expected the end of the Defense of Marriage Act made this year’s parade even more important than past years.

‘This year is special,’ said Tina, a woman with a rainbow flag (she preferred not to give a last name). ‘I’ve never been so excited in my life. I’ve cried so many times since the decision.’

Linda from New York, who noted had been coming to the parade for decades, didn’t hesitate when asked why she showed up.

‘I have to support my community and my sisters.’

Tonia, who also did not give a last name, carried a simple sign in rainbow colors: ‘Goodbye DOMA.’ The end of the law gives her more options than she had last week.

‘It will affect me in many ways,’ Tonia said. 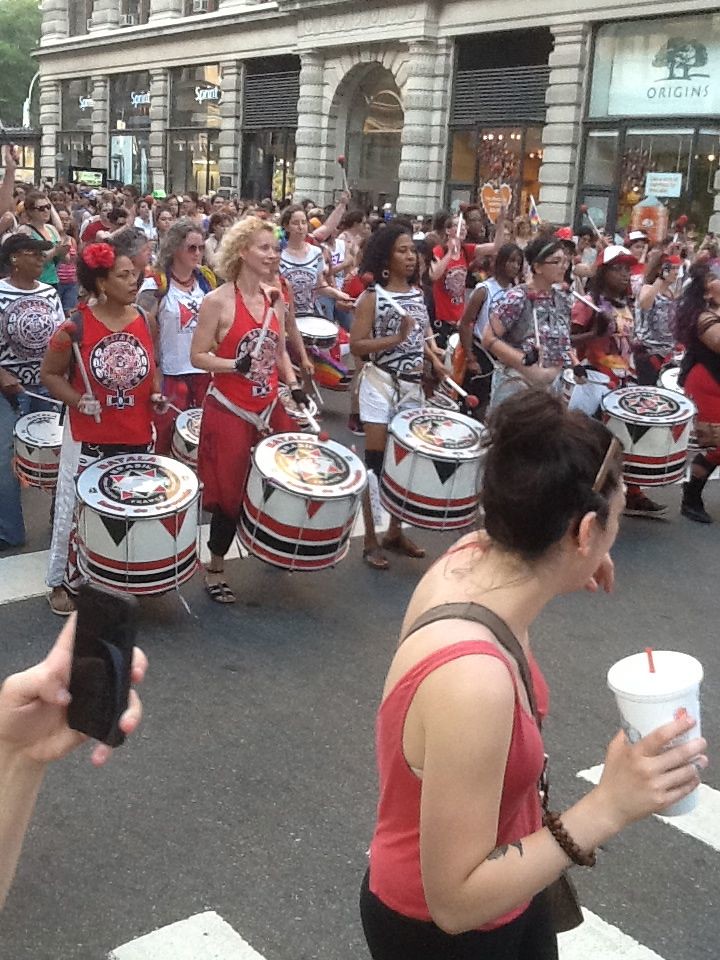