Neil Patrick Harris isn’t just an inspiration to younger gay people struggling with coming out or accepting themselves.

It turns out he was also an inspiration to an 82-year-old Oscar winner who last week decided to publicly declare that he is gay.

Joel Grey, best known for the film Cabaret, says of this year’s Oscar host: ‘Neil Patrick Harris is a star in every way. And he’s a dad. He’s the most gifted, charming, talented actor who is himself, and that’s it. There are no limits.’

In an interview with People, Grey calls Harris ‘one of my heroes.’

‘He is just excellent at everything, and he is totally who he is.’

It’s not something Grey could have ever imagined for himself.

‘When I started to come up in the business … no one ever talked about their sexuality,’ he said. ‘It was hidden. It was held against you. It was really dreadful. It could have finished a career if anyone knew. So everyone was very, very careful and fearful about it.’

Grey was married for 24 years to Jo Wilder with whom he had son James, a chef, and daughter Jennifer who went on to star in the film Dirty Dancing. They divorced in 1982.

Jennifer Grey has publicly supported her father’s coming out saying she is ‘very happy for my dad.’ 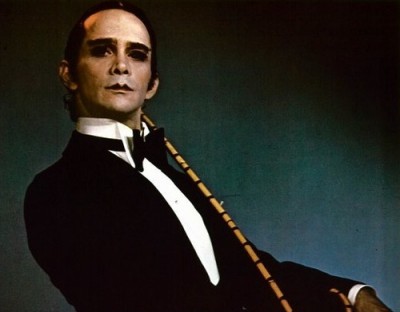