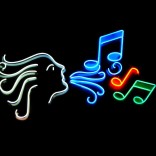 West Virginia elects its first ever out trans official

For us, the magic moment when Costa Rica’s first same-sex couples got married was a major milestone on a journey that started in South Beach, Florida.

On a cool March morning in 2013, when we were both living in Florida, Maria’s life and business coach told her to ‘go out and have some fun’. So she called Elyse up. And it’s been a full on adventure ever since.

Just six weeks after we met, we decided to sell all our things and move to Costa Rica. We had no plan except to follow the vibe.

Maria was born in Costa Rica and holds dual Costa Rican and US citizenship. Elyse was born in New York, grew up in South Florida and was ready to be an expat.

But it wasn’t until we moved to Costa Rica that we realized the legal inequalities we faced because we are a same-sex couple, not a straight one.

For example, we found we weren’t eligible for insurance, Elyse had problems working and even opening a bank account was hard for her. If something had gone wrong, we wouldn’t have had the right to visit each other in hospital as we weren’t ‘family members’.

At that time, straight partners of Costa Ricans could apply for residency even if they weren’t married. By contrast, nothing was available for LGBT+ couples, even if we were married in another country.

As a married couple, we’ve been proud to be part of the same-sex marriage movement in Costa Rica.

We’ve deliberately been very open, honest and public about our relationship and beliefs while working at the grassroots level.

We have tried to empower and support other local gay Costa Ricans to feel that same sense of pride, confidence and freedom to just be themselves.

Costa Rica is still a very Catholic country. So many locals live in fear of their families disowning them, in addition to any other discrimination and hate crime.

Now that our status is recognized we are so happy and feel free for so many reasons. We are personally happy to have the same rights as other couples, including legal residency and health insurance. It is a huge relief that Elyse doesn’t have to leave the country every three months.

Likewise, we are elated for all Costa Ricans to have legal rights that give them credibility and legal freedom to be who they are.

An inclusive future for Central and South America

Naturally we are very proud to be living in the first Central American country to enact such progressive policies, even in the face of much opposition and during a pandemic.

But this is not about the straight community or LGBT+ community, it’s about equality for all. It’s about the freedom for all people to express themselves authentically.

That is the future we stand for.

There are several countries in South America where same-sex marriage is already legal. And we hold that same hope for the rest of the continent and world.

Same-sex couples are becoming more open, especially in the younger generations. So we can predict equality will eventually become the norm.

Indeed, 26 May, the day the law went into effect in Costa Rica, was truly magical. There was a lesbian couple that got married at midnight live on TV.

As the day went on, it began to sink in that this was actually reality now. You could feel the relief and excitement.

The president made a wonderful speech about what a historic day this was for equal rights while still speaking to all those that opposed, requesting they put aside personal beliefs in favor of the greater connection they all have as Costa Ricans.

Due to COVID-19 and the current restrictions around gathering in crowds, the celebrations went virtual.

We partnered with the University of Costa Rica and the government to be a part of an amazing event where 34+ couples married via Zoom.

A legendary Costa Rican drag queen hosted the event and Elyse DJ’d the afterparty. In fact, Elyse did three encores as no-one wanted the party to end. It was awesome.

Meanwhile we got two hotels, Hotel Belmar in Monteverde and Pranama Villas and Yoga Retreat in Santa Teresa to donate honeymoon packages which really added to the excitement.

As Costa Rica grows, like the rest of the world, we’re hoping the atmosphere becomes even more united and about spreading the love where labels don’t exist.

Marry on the beach, in the cloud forest or in front of a volcano

At the same time, one of the coolest opportunities for us is that our lifestyle and travel company Wide Awake Costa Rica can now create gay destination weddings.

We’ve already partnered up with some of the most beautiful and unique hotels in the country to provide amazing experiences.

Imagine marrying your partner on a beautiful beach. Or perhaps in the cloud forest or in front of a volcano.

We are just so excited about the types of experiences we can provide for couples.

Meanwhile, with the country becoming more inclusive and accepting gay people can feel safe to come here to have vacations and adventures while openly being themselves.

Same-sex marriage equality has opened up inclusion on so many levels.

For now, with worldwide travel ‘on hold’ we have been launching our own record label and artist development program, Wide Awake Recordings. We will showcase authentic artists from Costa Rica, Central and South America.

During the pandemic, music has been the glue that holds us all together.

We had our first release on 20 March with Elyse’s remix of El Salvadorian blues band Steady Rollin’s song When The Judgment Comes.

So 2020 has been a tough time for many. But we hope what has happened in Costa Rica has spread some joy around the world.