US National Park Service to preserve sites of LGBTI history

On the TV sitcom Anger Management, Michael Arden plays a guy who is gay and happens to be passive-aggressive.

The character, named Patrick, is also the patient of an anger management therapist played by Charlie Sheen.

‘I get to play a gay character which I love and get to be a guy who is bit of an asshole, a self-centered asshole,’ Arden tells Gay Star News.

‘I get to exercise that part of my make-up at work then my boyfriend doesn’t have to deal with it at home.

These days, Arden and his boyfriend, actor Andy Miantus of Smash fame, aren’t at home together much to be passive-aggressive or otherwise because work demands have them on different coasts.

Arden is happily committed to appearing in 100 episodes of Anger Management which shoots in Los Angeles and Miantus is appearing on Broadway in the 2014 revival of Les Misérables.

‘We both know how important our craft is to each other – we are in a relationship with each other and with our careers,’ Arden explains. ‘Part of it is understanding we want to help the other person’s dream come true. It’s hard to be apart but we know this is what we’ve always dreamed of doing.’ 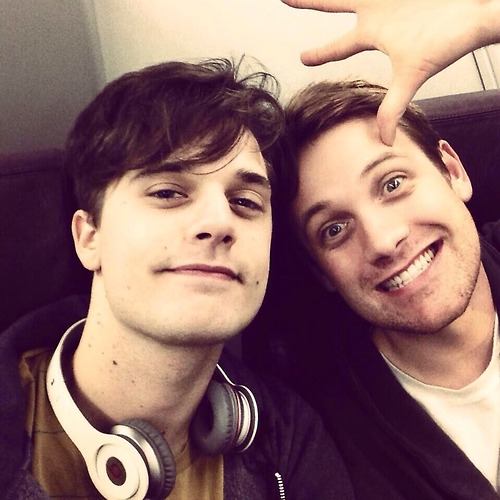 So for now, the acting couple will remain bicoastal.

Like Mientus, Arden has had great success on stage. He left Julliard in 2003 to join the Broadway revival company of the musical Big River.

Among his many other stage credits are appearing on the London stage starring in Andrew Lloyd Webber’s Aspects of Love at the Menier Chocolate Factory, in Pippin in Los Angeles, and in Twyla Tharp’s musical The Times They Are A-Changin’ on Broadway.

Arden has managed to mix in plenty of TV guest spots on such shows as The Good Wife, Bones, The Closer and Grey’s Anatomy. He has also had other varied gigs that include appearing in a Domino’s Pizza commercial with Donald Trump and touring Europe with Barbra Streisand as one of her ‘Broadway Boys.’

He’s accomplished all of this while being openly gay from the start of his career.

‘It’s just never been a thing I’ve felt any kind of shame about. If people don’t want me for me then they don’t actually want me. I found that very liberating and I’m able to do better work because of it.’

Anger Management is indeed a lot of work. That’s because FX, the cable network in which the sitcom airs, has ordered 100 episodes of the series. Arden is one of the core cast members who is in every episode.

‘We just got to the 75 mark and we are in the home stretch of our 100,’ the actor says. ‘It’s been a blast. Charlie has been great as has the entire cast and crew of writers and directors. It’s just been a joy – fast and furious.’

Two episodes are shot per week instead of the usual sitcom pace of one episode per week for 22 weeks. Arden is one of the four main clients Sheen’s character deals with in each episode.

‘I’ve never worked so fast,’ he says. ‘It’s difficult enough for me as a supporting character but for Charlie, he’s incredible.’ 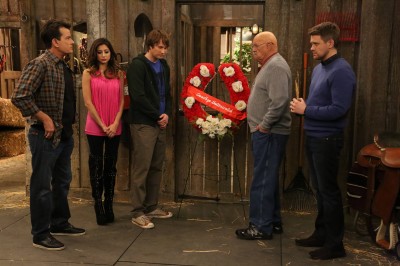