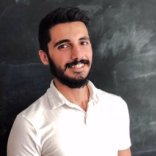 Marking 50 years after the Stonewall Riots in New York City, 2019 is expected to see the largest international LGBTI Pride celebration ever.

Pride owes almost everything to the people that fought for us and our rights, during the June 1969 events and beyond, so that we can all live and express ourselves freely today.

Most probably you are planning on attending at least a couple of this year’s Pride Parades, which have already started taking place since the first weekend of June, and will go on throughout summer.

For this article, Travel by Interest have chosen not to simply write you another list of the major Pride events coming up, but give three tips that will help you enjoy the most of your time and shine bright like the rainbow!

After all, Prides are always a good reason to travel to a different city, so it’s great to have a few insider tips to keep you on the right track.

So pack your bags, choose your destinations, and start building your Pride to-do list!

The weekend-long street parties, massive circuit events, and a gagging Amsterdam Pride Canal Parade make it a popular stop for many gay travelers. The Pride is welcoming to everyone, especially our leather friends.

The best hotels to stay in Amsterdam during the Pride week are INK Hotel Amsterdam MGallery by Sofitel, Hotel Mercier, and W Amsterdam. Have a look at the selected list of Hotels in Amsterdam for LGBT travellers.

After more than 40 years in existence, Paris Pride is known for its perfect combination of festive and political atmosphere. Even though its name has changed, its cause remains intact.

With its motto this year being Generations of Resistance, San Francisco Pride celebrates its 49th birthday. This year, an estimated number of more than 1.9 million of people are expected march down the streets of the city!

As a supporter of the LGBTI community, Hilton San Francisco partnered with PRIDE, so this year will start at the UNION Square. That makes Hilton San Francisco a great accommodation option if you want to access the event easily. Hotel Whitcomb, Joie de Vivre Hotels and Resorts, and PARC 55 are also active supporters of the San Francisco Pride, so we highly recommend them as well.

For gay New York, this is a particularly special year. After all, this is the place where the first-ever Pride Parade took place, 50 years ago. There are 50+ scheduled events in New York, taking place all around the city!

New York will turn into a big gay hotspot this year, so you can stay anywhere in the city center and you will be close to at least a couple of LGBTI events. Of course, if you want to be near the gay nightlife, you should definitely opt for Manhattan. Luxury and gay-friendly hotels in New York City we recommend are The Wall Street Inn, The Paul Hotel and W New York.

Since 1981, Pride Toronto has evolved into a pretty lively celebration that attracts loads of party enthusiasts. The festival spreads through 22 city blocks, which are all closed to traffic… This is what we call a HUGE pride!

We highly recommend you choose an apartment/hotel in The Village, the gay neighborhood found at Toronto’s downtown core. The area is at the intersection of Church and Wellesley Streets and it’s where most of the gay bars are located, as well as where the Pride takes place!

This year’s Pride theme in Chicago is Stonewall 50: Millions of Moments of Pride. The Pride march is only a small part of a huge set of celebrations, including large-scale events featuring popular musicians and drag queens. Chicago Pride is expected to spread extra queer fun this year!

Misterb&b is a great alternative to hotels in Chicago. There you will find plenty of high-quality apartments and rooms, while the hosts are usually friendly and helpful to their guests. If you still want to stay in a hotel, you should stay at a hotel near Boystown.

Pride celebrations in Gay London begin as soon as 8 June and last until the 7 July. There are more than 90 events scheduled for this period, so it’s not hard to realize how big the whole thing is. More than 25,000 people are expected to join the parade this year, making it one of the biggest ever.

Thankfully, London is packed with gay-only and gay-friendly hotels. If you visit London exclusively for the Pride, you should opt for a hotel near Portland Place, where the Pride Starts. If you want to be close to London’s gay nightlife, we recommend you staying either in Soho, Central London or Vauxhall in the South West.

For more than 40 years, LA Pride is considered a champion for equality and diversity. The Pride Week is officially scheduled for the first week of June, however, several Pride events take place throughout June, which is pretty awesome. Plus, LA Pride is the only Pride that doesn’t end with the parade!

We highly recommend West Hollywood as many hotels there put special offers for people who visit during Pride. West Hollywood is also where most of the gay clubs and bars of Los Angeles are located.

2019 is Tel Aviv Pride’s 21st birthday. It has become a tradition for many gay men from Europe to visit for the awesome pool events and super sexy parties.

There are several gay-friendly hotels in Tel Aviv, however, we highly recommend you The Drisco Hotel, The Norman Tel Aviv, and Hotel Prima City, Tel Aviv.

In the end, all Prides and parades stand out for one thing: their super fun and relaxed atmosphere, among colors, feathers, and fancy costumes. It’s a great annual habit that celebrates love, equality, and diversity, bringing people together in so many destinations around the world. Do you have more tips about the above Prides or the Pride parade in your region? Tell us at the comments below!

This article was sponsored by Travel By Interest.

Gay Asian experience: Why it is now the hottest gay travel trend