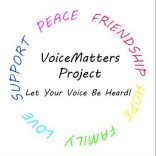 After coming out as gay I attempted suicide three times before being diagnosed with bipolar disorder and manic depression but my story shows you can survive.

I used to be scared to even associate with others at school or in the community, because I was petrified that they would see what I was hiding.

I came out as gay at 14, when I was a freshman in high school. It was a hard time for me. I was being bullied enough as it was for being the ‘different’ one in the classrooms. Students would laugh at me, and point at me each time I came into the classroom or even if I was just sharpening a pencil.

All of the bullying and torture led to me lying to my parents about why I had bruises on my arms and legs. I always ignored their questions and moved the conversation on a totally different topic. They always knew something was wrong with me but I never mentioned it.

Whenever they would ask me questions like ‘Hey son, how was your day at school?’ I would shrug and go do my homework and shut the door behind me.

I wore long-sleeve shirts to cover the scars from me cutting. Instead of doing homework, I was self-harming.

Eventually I had enough. I wrote my parents a letter stating everything was going wrong and that I wanted to take my own life.

I attempted suicide the first time by going to school and cutting myself underneath the desk in front of the teacher. My second time was in front of my parents by holding a knife to my neck in front of them and screaming ‘I want to die’.

I ran out into the street and the police were called on me. I remember the sirens wailing and begging for the pain to stop. Next thing I knew, I was being taken to the hospital and treated for the bleeding.

They sent me to a psychiatric facility for the first time, and I was there for a week, and I didn’t feel any different. They diagnosed my conditions but ever since that day I was diagnosed, it’s been hard to cope.

The third time I attempted suicide, I did it by mixing prescription and illicit drugs. It felt like everything was drifting away, including my life. That time I nearly did succeed in killing myself.

The doctors said they hadn’t seen anything like what I did or was going through. Whenever I tried to explain it to them, they literally thought I was crazy. I was admitted to the mental hospital two more times after my third suicide attempt, and was finally put on the right medications and was on the track to recovery.

I am proud to say that I overcame everything I was going through at that point in my life and I have been sober for three years, after being on drugs for one. I never thought I’d be able to graduate high school, but I did in 2015.

I am now advocating for those who have been through or are currently going through the same thing I did.

Everyday there is someone who succumbs to their mental illnesses, and takes their own life. I want everyone to know there are resources out there to go to whenever you are feeling depressed or just need someone to talk to.

I’ve been inspired by hearing and learning from other people’s stories and sharing my own. Everyone has a story and it deserves to be heard.