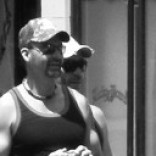 15,000 protest against same-sex marriage in Taiwan

I didn’t have the words the day after the US Presidential election.

I was shocked while pacing in my living room on election night when the first results were coming in. But later on in the evening as I was sitting at dinner with my partner and friends watching the results, I had a sudden realization:

This country hates us.

After the election, all my friends were posting their feelings, opinions and thoughts on Facebook. Pro-Trump. Anti-Trump. But I could not. I could not adequately speak my feelings out loud.

In times such as these, I always think of my mother, in Texas, who can no longer speak due to post-stroke deficiencies. In her brightest days, she was a strong Latina woman who started working at General Motors not too long after coming to the United States from Mexico.

Hillary Clinton was her favorite politician. I think that if I mother were able to speak, she’d probably say some version of, ‘stop crying, don’t be afraid and go make something better.’

In trying to take that advice to heart, I had to whittle down my depression to find a word to describe what I was feeling and ultimately it came down to shame.

Shame that I believed wholeheartedly that Hillary Clinton was going to win this election.

Shame that I believed this little liberal New York City bubble I live in was representative of the country as a whole. Marriage equality had been won and it seemed like we were moving in the right direction as we continued to fight for protections for our transgender brothers and sisters.

We were seeing ourselves represented more in the media. LGBT community members were taking the stage in prominent roles at the Democratic National Convention.

Like-minded people were constantly flooding our Facebook feed. Of course we thought we were in the majority.

That means that 43.2% of the American population could not get past their dislike of the two presidential candidates to vote for the safety of their LGBT, African-American, Latino-American, Asian-American, Muslim-American or female neighbors.

This complacency is what has led us to have a demagogue, and his soon to be sideshow of cabinet advisors, as leaders of the free world.

In a day of sadness, I did take another glance at my Facebook feed of like-minded people. I was so heartened by many friends sharing thoughts and words of inspiration.

There are so many who are now donating to several worthy organizations working for a better future for women, people of color and the LGBT community.

However, my hope is that people will feel the need to move beyond the ‘Donate Now’ button. It’s my hope that those who truly want to make a change will look at who is running for the US House or Senate in the 2018 midterm elections and campaign for them.

The real work is done at the base level – talking to others, getting out the vote and understanding that change can start in your own backyard.

The next four years are where we really prove ourselves as a community. Let’s partner with women’s organizations and groups. Let’s support our Muslim brothers and sisters. Let’s engage in the Black Lives Matter movement. Let’s register people to vote and get them to the polls in 2018. We can no longer think that the fight for our rights is over.

It is never over.

Let’s stand up and make something better for America.