3.4% of Americans identify as non heterosexual according to new data

The announcement came prior to the league’s All-Star Game in Minneapolis at a press conference that also included a tribute to the late Glenn Burke, a player who suffered greatly for being out to his teammates and coaches in the late 70s and early 80s.

Burke was recognized posthumously by the league as the sport’s gay pioneer.

Bean, 50, played for the San Diego Padres and the Los Angeles Dodgers and came out as openly gay in 1999 – several years after he had retired from the game prematurely because of the stress of playing in the closet.

‘I wish that our game had someone in place to whom Billy and Glenn could have turned when they played; a friend, listener, a source of support,’ MLB Commissioner Bug Selig said.

Bean will provide guidance and training related to efforts to support those in the LGBT community throughout the organization including both major and minor league clubs.

‘I don’t want them to think that we’re trying to force them to say or do or act or be something they’re not. It’s just a matter of whoever it affects, they are role models. Especially now, it’s an instant world. With the way everyone’s on Twitter. Just to be more cautious and understanding and maybe once they’re exposed to the resources, they’ll think differently.’

While Bean worked hard to protect his secret during his playing days, Burke was openly gay to his teammates, coaches and team owners in the late 70s and early 80s and came out publicly in a magazine interview in 1982.

He played for the Los Angeles Dodgers and Oakland A’s but retired from the major leagues at the age of 27 after just four seasons.

He had run afoul with Dodgers coach Tommy Lasorda because he became friends with Lasorda’s gay son. Burke was soon traded to the Oakland A’s where he was given very little playing time, called a ‘faggot’ by coach Billy Martin on occasion and had some players refuse to shower with him.

After leaving baseball, Burke initially remained active on sports participating in the Gay Games. But he later became addicted to cocaine and died in 1995 due to complications from AIDS.

His sister, Lutha Burke, said at the press conference: ‘I have no doubt that Glenn would be very happy today and would probably wonder why all the folderol.

‘Because when you are just busy trying to live a life and be a decent human being, and play the sport as best you can, with all the respect you can, it should be a done deal or an easy deal.’

Burke once told the New York Times that ‘prejudice drove me out of baseball sooner than I should have. But I wasn’t changing’ and he stated in his autobiography that ‘prejudice just won out.’

But he also had pride in what he achieved: ‘They can’t ever say now that a gay man can’t play in the majors, because I’m a gay man and I made it.’ 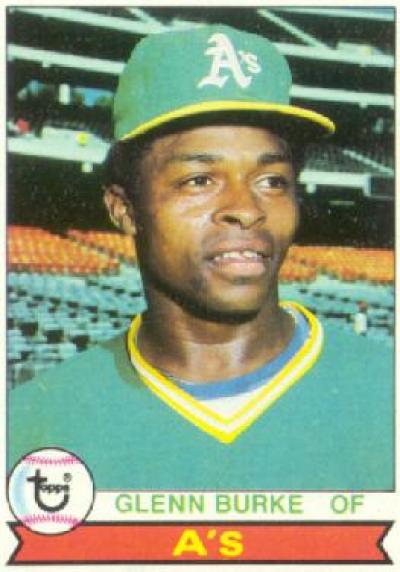