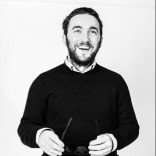 Bullied for being gay? Then Pride Glasgow’s new partnership will warm your heart

In the back alleys of Guangzhou, China lies Sense spa – the only gay massage parlor south of Shanghai.

At the time I visited, I was living and working in Guangzhou for an expat magazine. The idea of what was essentially a gay massage parlor operating in a city of over 8million greatly intrigued me. I’d heard of the city’s gay clubs but an establishment offering solely ‘m for m treatment’ was a must visit.

Only in 1997 was homosexuality made legal in China, it was still officially regarded as a mental illness up to 2001.

I consider myself heterosexual but on the odd occasion swing into shades of bi-curious. One evening, using rough directions provided by a colleague, I made my way to Sense after work.

The entrance – unlike those of the city’s regular massage parlors – was extremely discreet. So much so that it took 20 minutes of mooching around the building to work out how to get in.

Sense’s front door is a gigantic metal sliding panel that wouldn’t look amiss on a police dog van. Though it was closed there was a small sign with the spa’s name and an instruction to press the bell. After doing so an employee dressed in beige masseuse attire popped out from a side entrance and motioned to pull the metal frame.

I entered a tiny foyer and was greeted by the same gentleman now standing behind a counter. With a look of knowing, he smiled and handed over a beautifully presented menu.

Whereas in the more hetero joints punters are provided the options of either ‘oil massage’ or ‘special oil massage’ this spa’s menu wouldn’t look out of place in a five-star western hotel.

After filling in a health questionnaire and stating my preference of pressure, payment was taken. From the list of conventional massages I’d opted for a 60-minute full body aromatherapy massage. Payment was then taken. The internal foyer door buzzed open and I was guided towards the aptly named ‘inner sanctum’.

In contrast to the dusty, litter-ridden backstreet I’d stepped off, the inside was decked out like an exclusive Phuket beach resort; Buddha statues, bamboo paneling, tropical ivy, golden gongs, and pebbles were in abundance.

I was led upstairs by the receptionist and shown to one of the four available rooms. Inside was a narrow massage table, allowing just enough room for a person to squeeze around the edge of the bed. The room was pitch black aside from a small scented candle glowing in the corner.

The receptionist closed the door and I undressed.

Within 10 minutes of lying faced-down on the table my masseuse had entered. He quietly confirmed my massage choice in broken English and placed my arms by my side.

The professionalism was a welcome change from those regular parlors where the girls behave like traffic-light windscreen washes. You are one of many cars that they will never see again.

What followed was a perfect combination of kneading, friction and pressure.

However, mixed in with this orthodox delivery was straying onto the more erogenous zones than an average salon employee would dare to do.

There was prolonged focus on the nipples, inner thighs and bum. I soon learnt that the thoroughness was part test and part preparation. Toward the end and lying on my back, the towel made a very subtle disappearance from my groin.

The masseuse pointed to my now exposed area and asked: ‘Ok?’

I replied using the same word. He responded ‘100’ and I agreed to the surcharge, uncertain what was on offer. Needless to say the remaining 10 minutes were very hands-on.

I remember thinking how comfortable I was with someone I couldn’t see or communicate with – far less tense and awkward than those backroom eye examinations.

From the darkness came the words, ‘ni hao bai’ (you’re so white) and ‘hao da’ (it’s so big). Words I’d never heard before in England. He left and I fumbled around trying to locate my clothes.

My masseuse stood sheepishly waiting by a towel shelf at the foot of the stairs. I handed over a crinkled RMB100 note and said thank you.

Though homosexuality is seeing acceptance in the younger generation, the country remains a fiercely traditional and male-dominated society. There is a great deal of pressure placed on sons to find a suitable girl and create a family.

Confucianism – an ethical system deep in the culture and blood of Chinese citizens – speaks of filial piety and the need for unwavering respect for one’s parents and elders. I wondered what the employees of Sense were telling their families as to their sexuality and employment.

In my remaining months at the magazine I visited Sense a handful of times. I never saw any other customers nor uttered more than 10 words while there. Perfect for any taboo massage experience.