During One Direction’s concert in Buffalo, New York, on Thursday (3 September), Harry Styles showed that he has pride.

The 21-year-old walked onstage with a pride flag which he wore as a cape then waved as he sang.

His gesture has resulted in plenty of vines and videos like the one below and scored Styles points for his very public gesture for LGBTI equality. 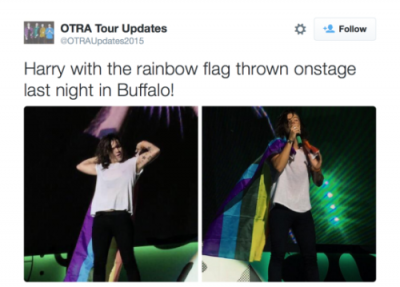