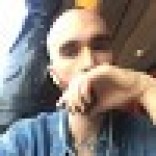 I became aware of sex work through the book Mysterious Skin by Scott Heim. I’d found it in the LGBTIQA+ section of Derby City Library. I remember taking the book out, hiding it from my parents who were, at that time, anti-LGBTQA+.

The book had Scott’s email in it. I reached out to him from my secondary school email address, we exchanged quite a few messages. I was talking, connecting to someone else who was like me.

The sex work scene in that book had a big impact on me. The character seemed so cool, so in control. My first experience of sex work was when I was about 16 or 17. I had been messaged on a website from someone offering me cocaine and cash in exchange for taking some pictures of me.

I accepted and didn’t think anything of it. I’d go over to his about once a month on a Friday, snort a few lines and let him take some photos. He’d pay me and I’d go and spend that money at a nightclub. My friends were none the wiser about what I’d been doing a few minutes before.

Leaving sex work and viewing it in hindsight

This pattern repeated itself on and off up until 2016 when I did sex work for the last time. I justify this period to myself as it only providing a supplementary income, that I had made the decision to do it, and that I was in charge the whole time.

However, I wasn’t. I was exploited by circumstance, anti-gay legislation Section 28, being in a small town, no LGBTIQA+ youth groups, depression and drug addiction.

I was disappointed to see that an article published last month in The Observer, ‘Outlaw prostitution websites’ included no interviews with current sex workers.

This lack of engagement with the very people this legislation will impact shows the disregarded towards seeing sex work as work. It fails to acknowledge the people legitimately working, who aren’t being exploited by circumstance or criminality.

It fails to address the failings in education and welfare support that lead many to sex work. As well as this the further criminalisation of sex work will affect the LGBTIQA+ community with LGBTIQA+ people of colour and trans people hit the hardest.

Surveys have found that our community is more likely to do sex work in order to pay for housing or a place to stay after being kicked out by family or carers.

From camming to working in a sex parlour

As a former sex worker I reached out to a friend who still works in the industry to ask her some questions.

Skye (not her real name), works in a parlour and stopped camming (performing online through webcam) as she felt that her work identity was slowly taking over her home.

‘I had to constantly be signed into all of my social media accounts,’ she tells me, ‘communicating with regular and potential clients – like any other business. My home resembled as sex dungeon and I could never relax.’

Skye prefers working in the parlour now as it enables her the freedom to leave work at work. All the communicating and customer service is left to the owner and operator of the parlour. Skye accepts that there are potentially more risks with real work, with STDs her main concern. She tells me that she is testing regularly and is being very safe.

I asked Skye for her thoughts about the potential new legislation that could be introduced this week by the UK Government that copies an already floored American version called SETSA/FOSTA.

‘It would have such a detrimental impact on sex workers, if my parlour wasn’t able to advertise via their website we wouldn’t have any clients and the ability to be able to promote ourselves when we are on shift is necessary.’

The online advertising for the parlour is also used to safeguard sex workers by screening potential clients.

‘A potential client will see the website and call us. The client might enquire about the types of services we offer, and not everyone’s the same. It’s at this point that we can let the client gently know that they should go elsewhere.’

The ability to screen and perform background checks, which online advertising for sex work enables, is much safer than meeting clients off the street.

Skye feels that the whole process for engaging with potential clients online or over the phone is much safer than in person. The removal of this option, as recommended by MP Sarah Champion and others, will endanger Sex Workers in the UK. The legislation will result in sex workers who are finding it difficult to find clients to resort to unsafe street work and pimps.

The situation in the US

The effects are already being felt in America with websites like Craigslist Personals being taken down, some sex workers are already losing housing, and the estimated homicide rate for sex workers could increase anywhere from 1% to 17%.

Open Society Foundations (OSF) explains that sex work shouldn’t be criminalised. It highlights how the criminalisation of sex work will restrict sex workers access to health services, to safely negotiate with clients, and publicly carry condoms, toys and fetish wear without fear that they will be used as evidence to charge them.

It is widely acknowledged amongst medical professionals that decimalisation of sex work is the single most effective way to reduce new HIV infections amongst female sex workers, who bare a disproportionately large burden of global HIV infection.

A ban doesn’t protect those being trafficked

Let’s get one thing clear: Those resisting a ban in no way oppose the introduction or strengthening of legislation that will prevent vulnerable people from being trafficked and exploited. But a ban on internet advertising is not the way to do it.

Traffickers will find other ways, such as moving the advertisements onto the ‘Dark Web’ and this will lead to sex workers not reporting crimes against them. Full decriminalisation will enable sex workers be granted the same rights as any other worker.

If you’re in the UK, it is time to call on your local MP to ensure that this legislation doesn’t fail UK sex workers and to call for the total decriminalisation of sex work. Sex work is work.