On 17th anniversary of Matthew Shepard’s death, his parents ‘have so much work left to do’ 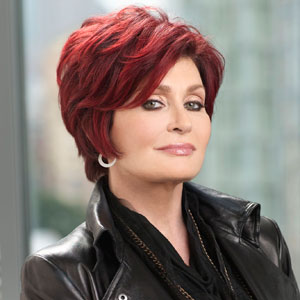 Sharon Osbourne is speaking out passionately in defense of Rosie O’Donnell whose daughter complained in a recent interview that O’Donnell smokes pot, has a short fuse and delegates a lot of her parental duties up to nannies.

‘It’s just one of those ugly, horrible situations – the heartbreak that Rosie must be going through,’ Osbourne said on The Talk, the daytime show on which she is a co-host. ‘These arguments, it’s horrible when they go public.’

Chelsea O’Donnell, 18, made headlines over the summer when O’Donnell took to social media to report her missing and that she had stopped taking medication for an undisclosed mental illness.

The teen is one of O’Donnell’s five adopted children and last month left O’Donnell’s home in New York. Last week, she gave an interview to Daily Mail Online detailing a host of complaints about her famous mother.

Among the most damaging allegations the daughter makes are that O’Donnell lied to her about being born to a heroin-addicted mother and falsely claimed the teen is mentally ill.

Said Osbourne: Rosie took Chelsea in, loved her, took care of her. She has a lot of children and she has a career so she has nannies. I had nannies all the time … my kids could have said “I was raised by nannies.” That’s the way it is in our house, you take the good with the bad. A working mom.’

‘I’m sure that Rosie did the best that she could do to be a mother, you can only do your best. And as far as Rosie not giving her financial support – neither would I. Not after her behavior. I just would not do it’