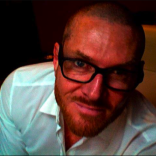 PrEP is free for everyone in Paris, France. PrEP protects people who might be vulnerable to catching HIV. It means we can’t catch it regardless of the sex we might have or the needles we might share if we’re injecting chems.

But only 5,000 people have chosen to take PrEP in Paris, out of many thousands more who could benefit from it.

Eve Plenel helped to establish the first community based sexual health testing/treating centre in Paris (the Checkpoint Paris). She recently explained to me the two main challenges in PrEP uptake in Paris.

Firstly, the PrEP roll-out in Paris has been led predominantly by the governmental and medical professions, with perhaps not enough engagement from or with the people and communities for whom HIV is a very real, liveable part of their lives. For example, people who negotiate HIV prevention and stigma daily in a bedroom or sauna, or in chemsex environments, or on sex apps, or actually living with HIV.

Eve and her colleagues/friends work very hard to create better links between community and medicine.

Secondly, stigma. And this is a big one.

Because gay men have relied so heavily (and often very emotionally) on condoms to protect us from HIV, through some really traumatic years, condom use has become a bit entangled in morality.

And that’s OK, that’s life, that’s just being human beings. It can be very hard for some of us to imagine a gay life where a pill protects us from HIV, as well as (or instead of) a condom.

Undetectable means uninfectious. It means HIV is untransmittable. (#UequalsU). Even the people who really understand that can have trouble trusting that in the bedroom. Or imagining enjoyable condomless sex with an HIV positive boyfriend or lover.

These are huge changes for the millions of us who have lived in the fearful shadow of HIV for decades.

For many, this confusing ’shift’ in HIV prevention manifests quietly; processing this shift in our thoughts over time; others might (in their inner conflict) communicate it quite cruelly. For instance, in slut-shaming people who use PrEP, or shaming people who choose to use condoms.

Although that kind of cruelty is upsetting, really good activism is empathising with people who are struggling with this shift, trying to understand why their emotions run so strongly about condom use and PrEP, and remembering that even in disagreement, we all want to keep people safe from HIV, which is a good thing. We have that in common.

Something we can agree on is this: When we shut someone down angrily, block them, argue our point angrily at them, they learn nothing. In fact, they dig their heels in even more. But when we listen kindly; when we hear a person who is disagreeing with us, and when we actually try to understand why that is… we are creating a climate where both people have a possibility of learning and changing minds.

And that’s how the world changes. That’s how we really beat stigma; by listening, not by fighting it angrily.

Eve explains how stigma runs strong in Paris, and how it is making some people unwilling or frightened to come forward and get tested for HIV or to access free PrEP. This is resulting in more HIV infections in Paris; infections that can be prevented with a little more kindness and understanding.

HIV got a bit scary for us all.

Understandably, we got a little emotional about protecting ourselves, and (inevitably) some of it got confused with morality. Aren’t we cute, we human beings!

So much change, in so little time, on such an impassioned topic.

I am determined be kind to anyone who struggles with this shift. I will empathise, and I will be kind; vigilantly.

It’s hard work, this vigilant kindness. But it’s easier than hating. I promise.

David Stuart is a UK-based sexual wellbeing advocate and campaigner.

Do you still reject someone just because they have HIV?

How do we know HIV undetectable equals untransmittable?