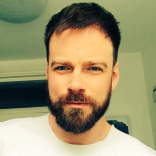 ‘I’ve had enough, I’m going home, ’ journalist and writer Owen Jones says as he takes his mic off and leaves the Sky News studio midway through a studio discussion last night.

It was an incredibly tense moment you could physically feel through the TV set – had we just witnessed a clear demonstration of straightsplaining? Had the Sky News presenter just shown how the media can downplay a specific form of discrimination by instead citing ‘western culture’.

In an effort to talk about Trump and Gun Laws, British news presenter Mark Longhurst and the columnist Julia Hartley-Brewer seemed to want to steamroll through the very indisputable fact that the victims of the mass killing at Orlando’s Pulse nightclub were LGBT+.

The presenter went so far to suggest the most important thing was that these were ‘people’.

Gosh, thanks man – I wasn’t sure if we were people.

When codebreaker and mathematician Alan Turing was being chemically castrated, was it because he was just a person that people didn’t like?

When Ian Baynham, walking through London’s Trafalgar Square was killed in 2009 was it because he just happened to be in the wrong place at the wrong time? Was Soho’s Admiral Duncan pub bombing in 1999 another random bombing?

This kind of straightsplaining happens in the media but it also takes place in everyday life. I can’t begin the describe to you the amount of times a very well intentioned straight person has told me that, ‘It’s OK to be gay now, you’ve got all the laws and it’s safe here.’

It then of course falls on me to explain how it isn’t fine and it’s not easy. I tell them how just two years ago my partner and I were set upon by homophobes along the London’s Albert Embankment on a Sunday evening – our punishment for holding hands.

I have to tell them about how workplace laws around sexual orientation barely scratch the surface and are actually virtually meaningless now because of newly introduced employment tribunal fees.

Every time I hold my partners hand publicly I feel proud but with an unsaid amount of fear – will someone kill us today? Is it worth the risk?

What’s happened in Orlando is horrifying and to any LGBT+ person truly terrorizing. Before you jump to gun laws could you, maybe, take a moment to look at systems of homophobic, biphobic and transphobic oppression?

Maybe talk about the Christian Right introducing over 200 anti-LGBT+ laws in the last six months in the USA. Maybe talk about LGBT+ Muslims being thrown off roofs, made to hide or forced to leave their families and loved ones and seek asylum.

The Sky presenter tried to make out that this was a ‘lunatic’ (again, a derogatory word for someone with mental health issues) taking issue with people ‘out having fun’.

It wasn’t. It was an attack on LGBT+ across the world and reducing it to anything else is in itself an act of discrimination.

David Braniff-Herbert (@the_dbh) is a UK-based, award-winning equality and trade union organizer and is a member of the TUC LGBT Committee and GMB Shout! LGBT+ committee.

This article first appeared on his Medium blog.

Why putting Alan Turing on a banknote is something to celebrate